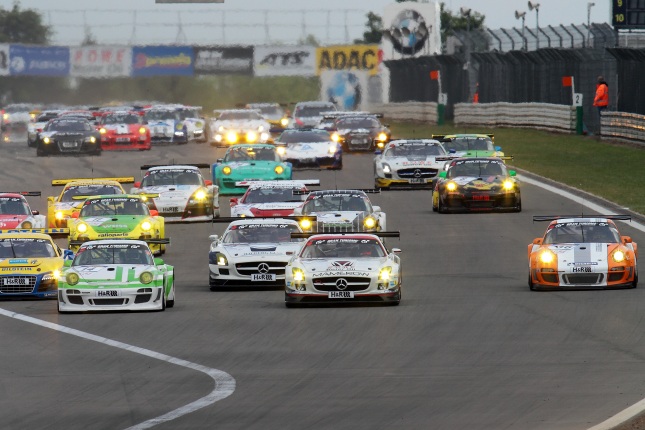 33 Porsche tackle the long distance classic in the Eifel

Stuttgart. A strong contingent of Porsche teams takes up the 24 hour race on the Nürburgring. 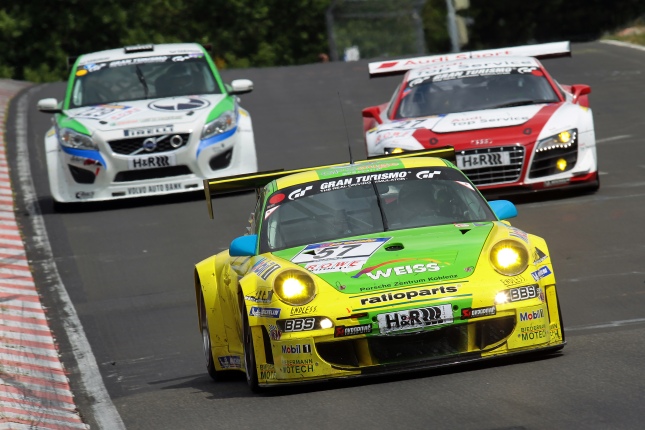 After an impressive 24 hour debut last year where it held the lead for eight hours witnessed by over 200,000 ardent spectators and grabbed headlines worldwide, the Porsche 911 GT3 R Hybrid returns to the Nordschleife this year with the starting number 9.

The vehicle, however, has been substantially reined in by the organizers. 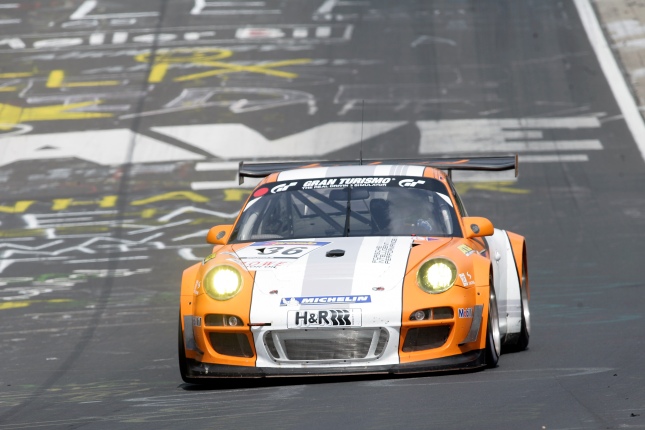 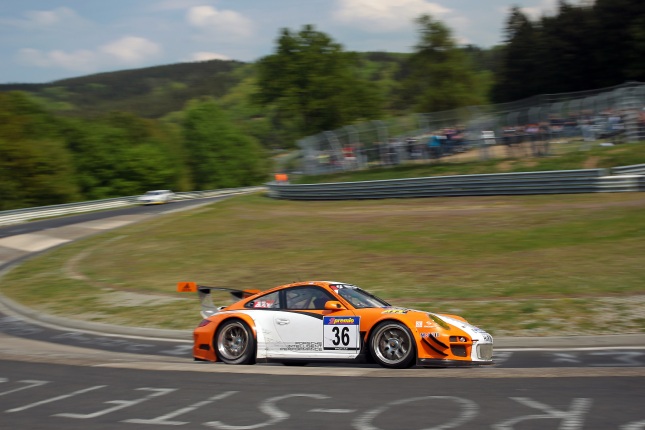 “This further reduction in performance by the organisers is incomprehensible to us,” says Porsche Head of Motorsport, Hartmut Kristen. “There are no data from the two test races as part of the 2011 Nürburgring Long Distance Championship that would provide the basis for such a grading. Our goal was and is to achieve similar lap times to other GT3 vehicles, but with better efficiency. We feel this goal is the right one long term and very much regret that some officials in motorsport can’t or won’t yet come on board with this approach.”

Sharing the cockpit of the Porsche 911 GT3 R Hybrid 2.0 are Porsche factory pilots 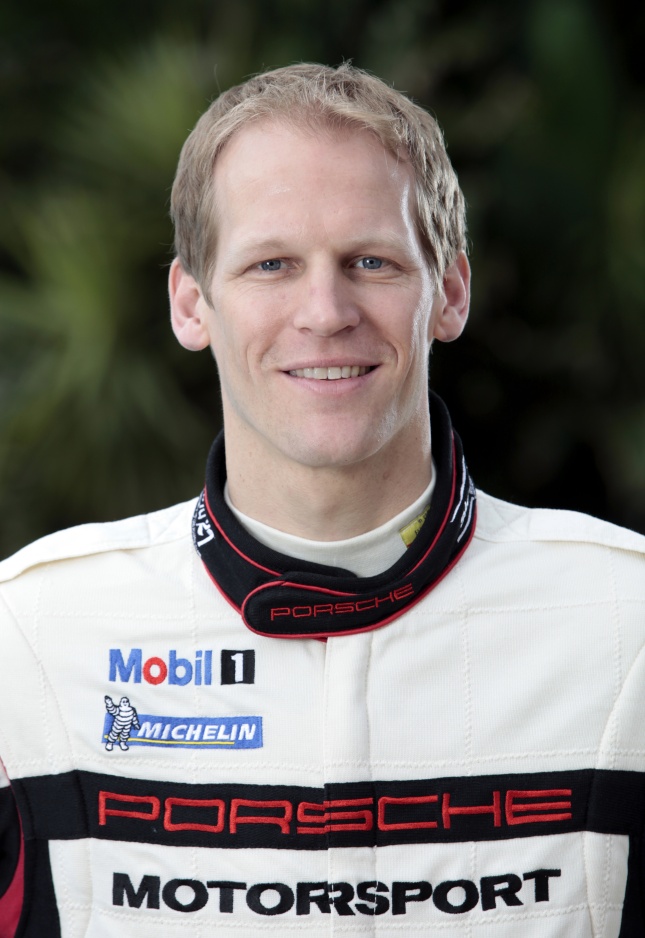 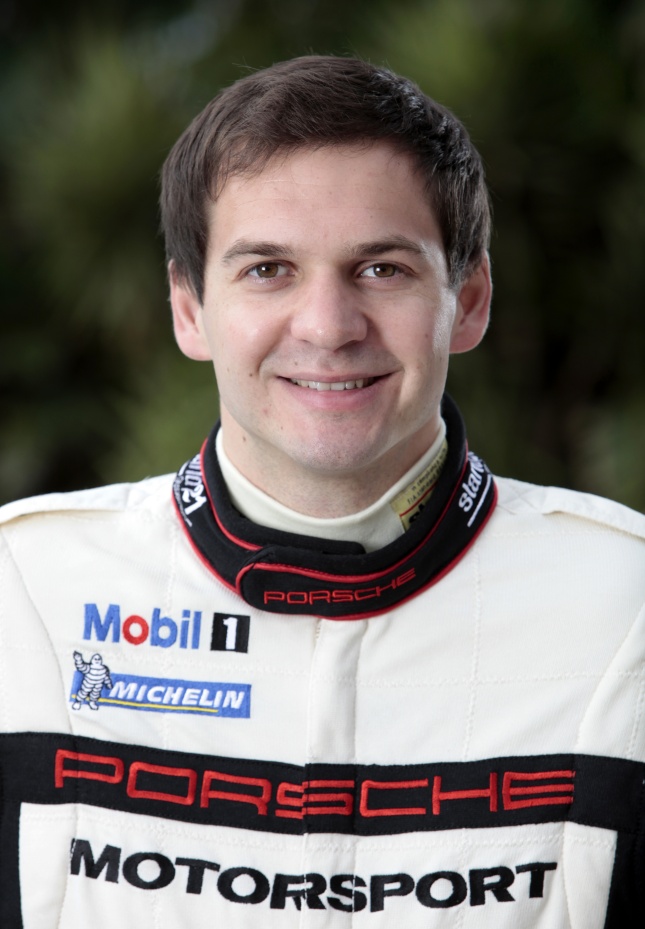 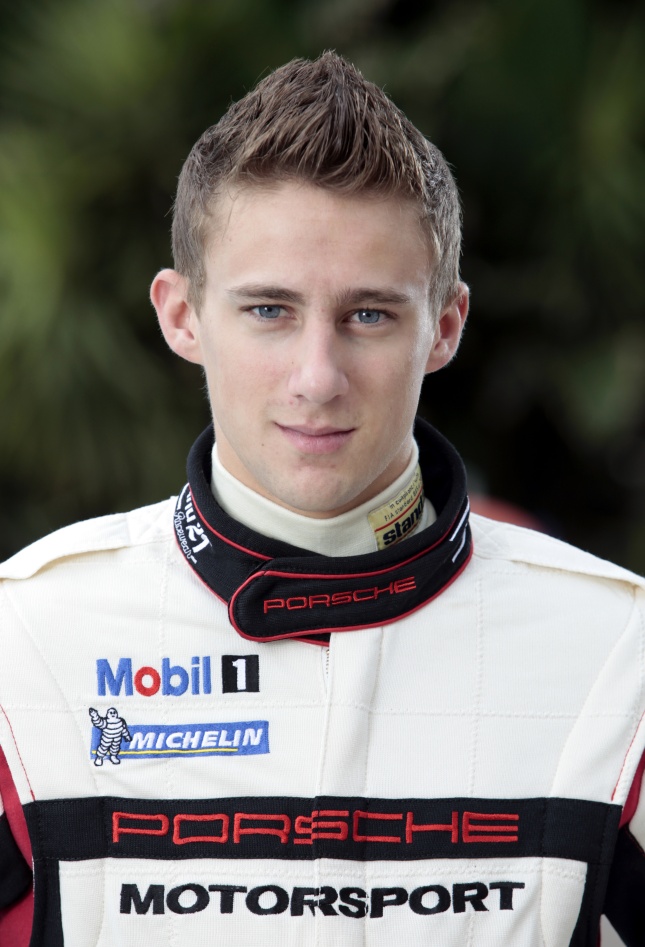 who were all deeply involved in the vehicle development. The efficiency of the innovative race car from Weissach was improved through targeted optimisation of the hybrid components. The general hybrid layout of the Version 2.0 was adopted from its predecessor. The output of both electric motors in the portal axle increased from 60 to 75 kilowatts each. They supplement the four-litre six-cylinder boxer engine which now only delivers 448 hp after the repeated power reduction.

For seconds at a time, pilots now have about 200 hp more at their disposal, which is equivalent to ca. 32 hp of additional conventional power per Nordschleife lap. Depending on the programming, this electrical power is automatically activated through use of the throttle pedal.

Moreover, hybrid pilots can manually call up this extra power, for instance when overtaking.

“We’ll go all out to continue on from last year’s strong performance with the 911 GT3 R Hybrid. It won’t be easy against the strong opposition who have taken major steps forward, particularly since our car has been disproportionately handicapped,” says Joerg Bergmeister. The Porsche works driver is looking forward to the Nordschleife: “It’s one of the world’s most beautiful race tracks. It’s incredibly demanding but it’s incredible fun as well. Every lap is a challenge.” 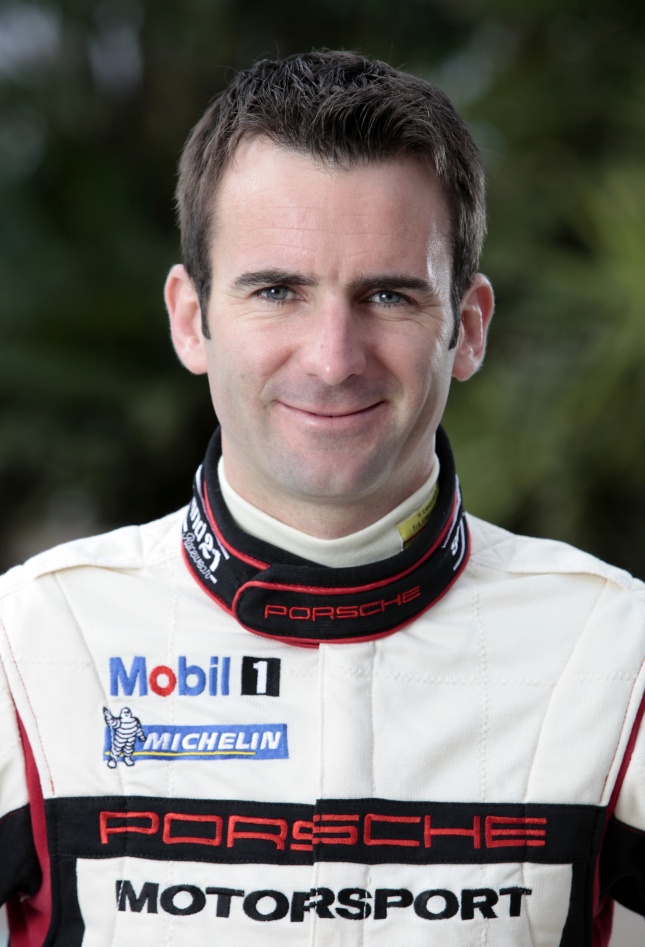 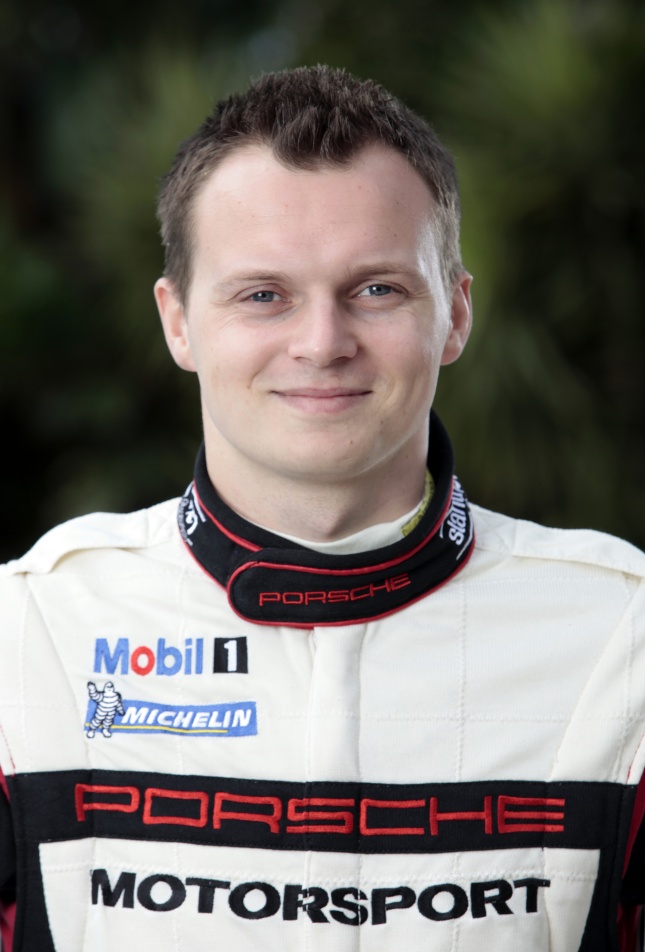 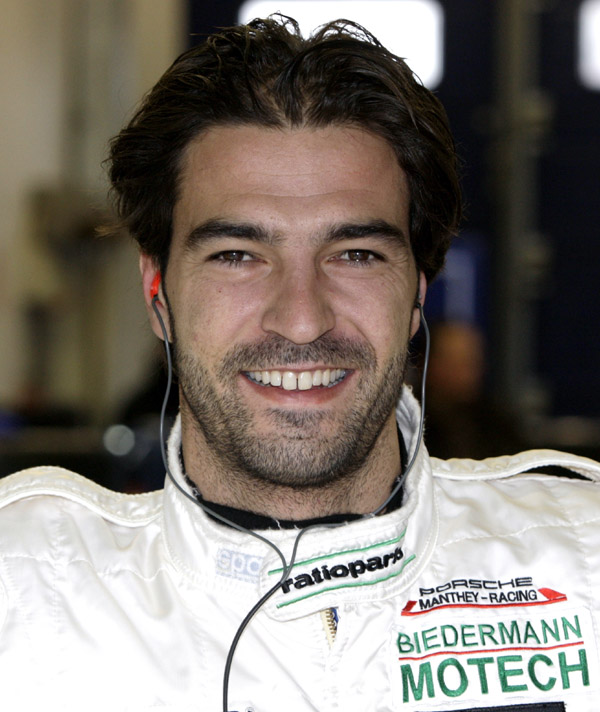 who have notched up over 50 major international titles between them.

Every year, Timo Bernhard is thrilled anew by the unique atmosphere of the non-stop motorsport party. 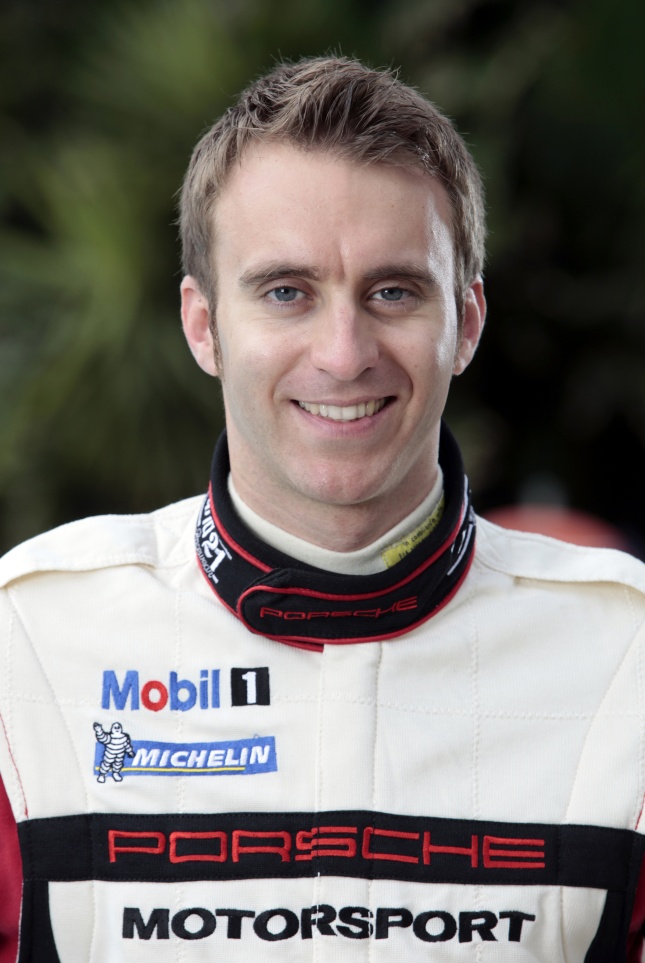 “Driving on the Nordschleife is always an experience,” says the Porsche works driver and Le Mans winner, who has contributed to all four Porsche overall victories here between 2006 and 2009. “Although you’re constantly challenged as a driver and there is no chance to catch your breath over the long laps, you still don’t want to climb out of the car.” 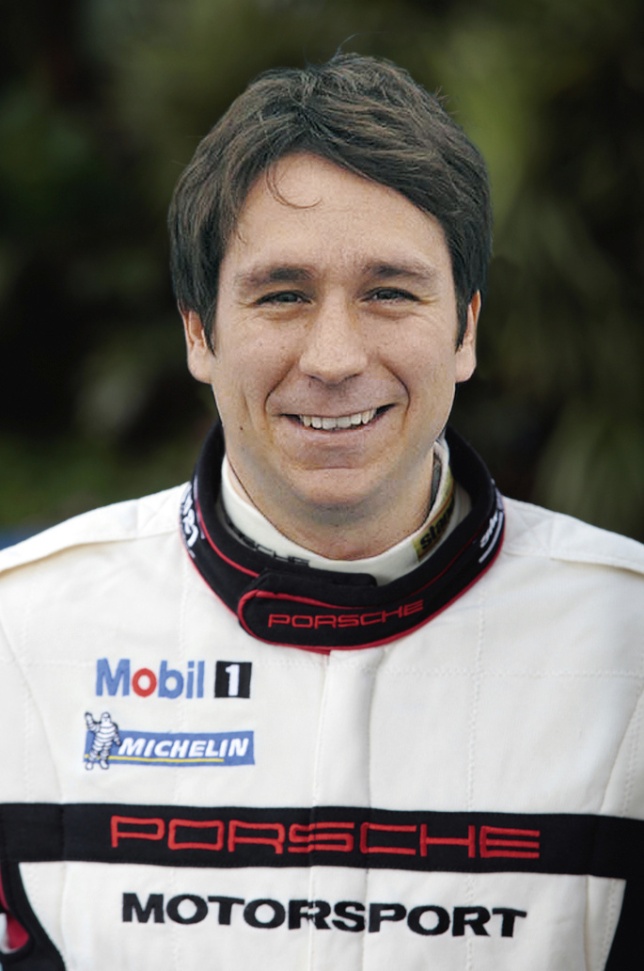 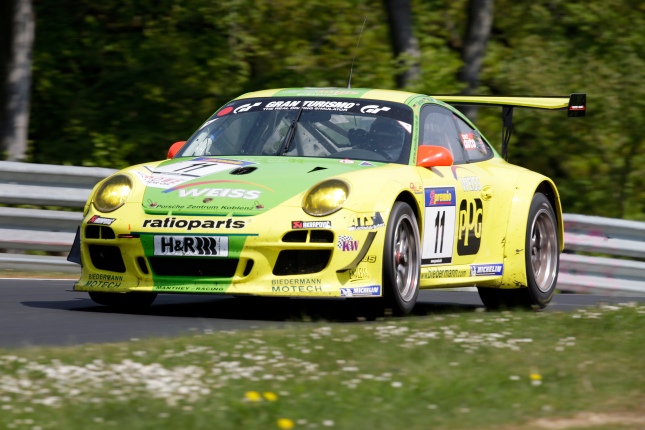 With the all-German crew of Georg Weiss, Oliver Kainz, Michael Jacobs and Jochen Krumbach, the Wochenspiegel Team Manthey has proven Nordschleife specialists at the wheel of the #26 Porsche 911 GT3 RSR.

The 39th edition of the Nürburgring 24 hour race starts on Saturday 25 June at 16.00 hours. Television station Sport1 broadcasts a total of over 13 hours live on Saturday (from 15.45 hours) and Sunday (from 07.00 hours) intermittently. A one-hour highlight programme of the race will be televised on Sunday at 22.30 hours.