Porsche Mobil 1 Supercup, rd 6 at the Formula 1 race on the Nürburgring/Germany-returns for the 2nd time on July 24th 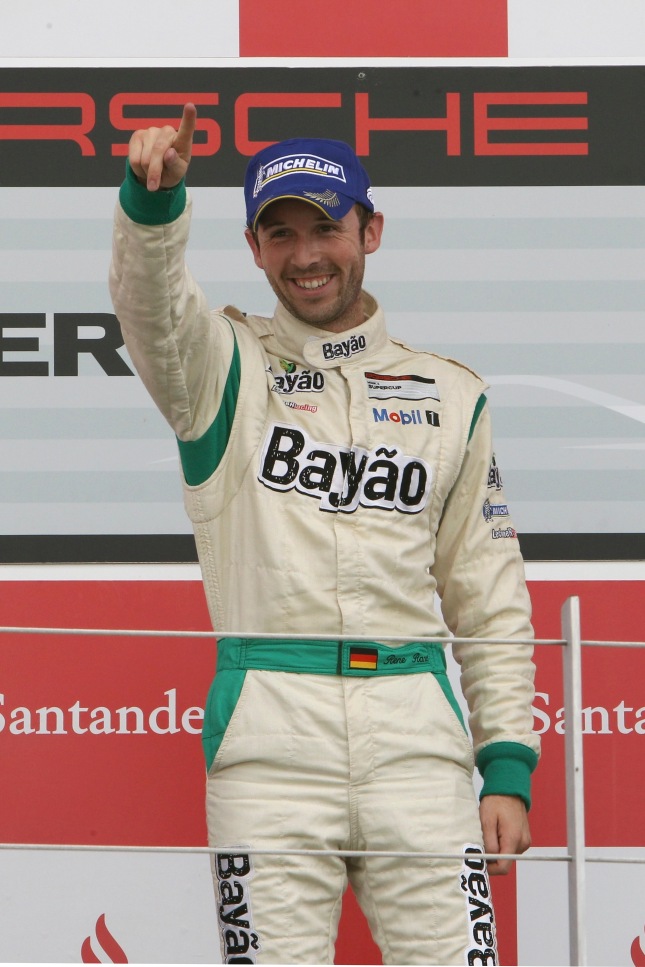 Stuttgart. After a successful guest appearance at the Porsche Carrera World Cup, the Porsche Mobil 1 Supercup now returns for the second time this season to the Nürburgring on 24th July.

It’s the 200th race in it’s successful history and rather than on the Nordschleife it takes place on the Grand Prix circuit.

But the change of track doesn’t at all faze René Rast.

“We’re doing well at the moment,” grins the points’ leader driving for the VELTINS Lechner Racing squad. “I don’t really mind where I win.”

The title defender from Germany, who celebrated the greatest success of his career with the World Cup victory, is the man to beat in the world’s fastest international one-make race series.

His start to the season was somewhat bumpy until he turned the corner with his victory in Monaco. Recently on the storied Silverstone circuit, the home track of his arch rival Nick Tandy (Konrad Motorsport), he celebrated his third straight win.

“Earlier on we had a couple of hiccups, but now we’re back in force.”

Despite Rast’s winning streak, the fight for the Porsche Mobil1 Supercup title is still wide open before the anniversary race on the Nürburgring.

Competing for the Abu Dhabi by tolimit team, Britain’s Sean Edwards secured his place amongst the hot favorites with his win in Barcelona. Although he lost the points’ lead at Silverstone, he hasn’t lost his faith in claiming the title.

“Despite this little misfiring we’re still looking good,” he says. “Now we just have to stick at it.”

Germany’s Christian Engelhart (Konrad Motorsport), winner of the season-opener in Istanbul, also has new hopes. After a lengthy lean spell he finally yielded a good result with fifth in Silverstone.

Fighting to keep up with the front-runners are two drivers that started into the season as keen title aspirants: Nick Tandy and Jeroen Bleekemolen. The Briton fell from the top of the points’ table after retiring from the Porsche Carrera World Cup. He finished four of the five rounds contested by now in second place, but is still waiting for his first win.

Ranking third overall, he needs every point to maintain his bid for the title, as does Jeroen Bleekemolen of Team Abu Dhabi by tolimit, who lies behind Austria’s Norbert Siedler (VELTINS Lechner Racing) in fifth. Bleekemolen, the two-time Supercup winner from the Netherlands, experienced a slow start to the season.

With fourth place in Monaco as his best result to now he knows only too well that he has to pull out all stops if he doesn’t want to miss the championship boat.

“On the Nürburgring,” he says, “only a podium result can help. Obviously a win would be the best. But with the competition at the top so close it’s going to be tough.”

In light of the strong competition, the performance of Supercup newcomer Kévin Estre is even more remarkable. The French Hermes Attempto Racing pilot raised eyebrows in Silverstone with third in qualifying, which he turned into his best race result of the Porsche Mobil1 Supercup season with fourth place.

“The podium,” he says confidently, “preferably on the Nürburgring.”

Points’ standings after 5 of 9 races*

* It has yet to be decided if and when there will be a replacement for the cancelled Formula 1 race in Bahrain with two rounds of the Porsche Mobil1 Supercup.

This video brings you footage about the Porsche Carrera World Cup which took place for the first time at Nürburgring. More information on http://www.porsche.com/motorsport and http://www.lemanslive.com

Stuttgart. Once a year, the American Le Mans Series makes a detour to Canada.On the Mosport International Raceway near the major metropolis of Toronto, round four of the race series featuring the world’s fastest sports cars takes off on 24th July.

On this demanding circuit, Porsche factory pilots Joerg Bergmeister (Germany) and Patrick Long (USA) aim to continue their strong performance with the Porsche 911 GT3 RSR, with which they recently scored their first podium result of the season in Lime Rock.

The Grand Prix of Mosport has been a regular fixture on the calendar since the American Le Mans Series began in 1999. It is the only race held in Canada.

The 3.957 kilometre Mosport International Raceway with its ten corners is situated in Bowmanville, about an hour’s drive east of Toronto. It is regarded as one of the fastest and most demanding circuits on the American Le Mans Series calendar. Canada’s oldest permanent race track opened in 1961 with a sports car race that Stirling Moss won with a Lotus 19. From 1967 to 1977, the Canadian Formula 1 Grand Prix was also held in Mosport.

“Mosport is a track where engine performance is more important than on any other circuit. For this reason we were thrilled to hear that the rule-makers in the USA want to revise the imbalance that disadvantaged our cars. I hope that Flying Lizard and the Falken and Miller teams can continue their upward trend that they showed in Lime Rock.”

“Last year we travelled to Mosport without high expectations and we won. It’s not normally a circuit that particularly suits us and it features too many straights. But if we can manage to make everything come together like in Lime Rock recently then we might bring home a podium result. I’d be very happy with this.”

“It’s not easy making a reliable prediction for Mosport. The track is very fast, and very demanding for the driver. It’s unforgiving with mistakes. That should work in our favour. I hope we can use this to our advantage.” 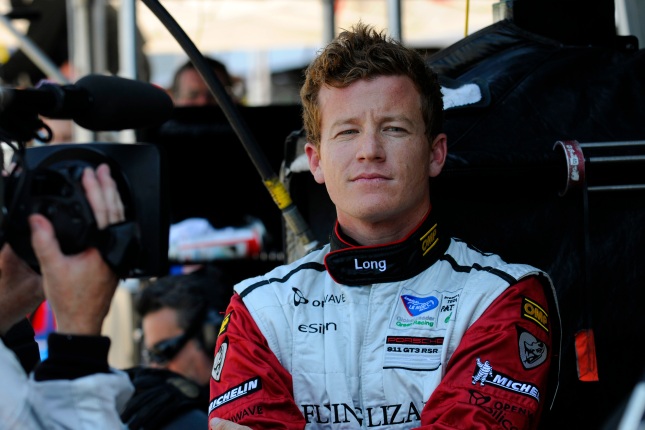 “The tests that we conducted since Long Beach have brought us a huge step forward. This was clearly apparent in Lime Rock. We’re now in the position to drive consistently quicker lap times over a race distance. This will also help us in Mosport. There are many fast corners there that we drive in fourth and fifth gear, so our average speed is correspondingly high. I hope that we can continue our good performance from Lime Rock.”

“Like Lime Rock, Mosport is a circuit that I’ve never raced on. So I’ll be taking a look at the videos again to check out the track before the first practice. I quickly became familiar with the Lime Rock circuit, so I’m hopeful it’ll be the same in Mosport. With its very fast corners, the track is a real challenge. I’m looking forward to it.” 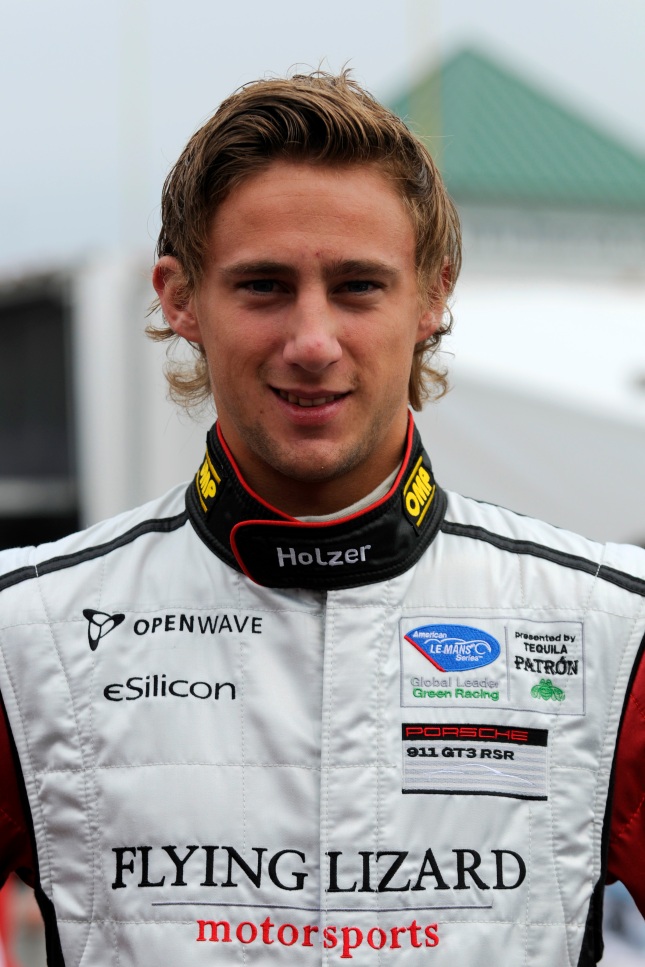 The most successful GT race car of the last years takes off into the season with a raft of improvements. The output of the four-litre, six-cylinder boxer engine has increased to 455 hp (335 kW). Priority in the further development of the car was given to the newly designed aerodynamics at the front and rear. In 2010, the 911 GT3 RSR again won the environmental “Michelin Green X Challenge” classification as the GT vehicle with the best overall efficiency in the American Le Mans Series.

Since 1999 Porsche has scored a total of seven class wins in Mosport. Joerg Bergmeister contributed greatly to four of these: In 2005 and 2009 he won with Patrick Long in the Porsche 911 GT3 RSR, in 2003 and 2004 he triumphed with his works driver colleague Timo Bernhard.

The GT qualifying on Saturday will be shown from 21.50 hours CEST on www.porsche.com/alms-live.

The American Le Mans Series (ALMS) was created in 1999 for sports prototypes and GT vehicles. The regulations correspond to those of the Le Mans 24 hour race. All classes start together but are classified separately:

The new 50001 norm from the International Organization for Standardization (ISO) governs the requirements on an energy management system enabling companies systematically and continuously to improve energy-related performance and increase energy efficiency. The energy management system was integrated with the existing environmental management regime at Porsche’s Zuffenhausen and Sachsenheim sites, an important partial aspect of which is the “Porsche Resources and Energy Management”.

Porsche’s goal is to be able to improve even further on recording and evaluating energy consumption and highlight potential improvements, thus enhancing the sites’ energy efficiency. Wolfgang Leimgruber, Board of Management Member for Production and Logistics, said:

“We are delighted about the successful audit because it shows that we are on the right track to a production which is energy-efficient and saves resources. Highest levels of environmental compatibility and sustainability are enshrined in our environmental policies. We will, therefore, continue to work on improving our energy balance.“

Porsche’s Zuffenhausen and Sachsenheim sites have managed to improve their energy efficiency in recent years. The energy management centre has been completely overhauled and equipped with the latest technical facilities, and during construction of the cogeneration plants – one at the Zuffenhausen site and one at the Sachsenheim site – system engineering and equipment with very high efficiency was used.

In addition, the central parts warehouse roof at Sachsenheim is used to generate solar power: 8,500 photovoltaic panels generate approximately two million kilowatt-hours of electricity per year. And in Zuffenhausen the new paint shop is on the verge of going into production. It employs the latest plant technology – especially for protecting the environment.

This is the first time that innovative technologies have been used by a car manufacturer: lower emissions allied with reduced energy and resource consumption accompanied by higher quality.