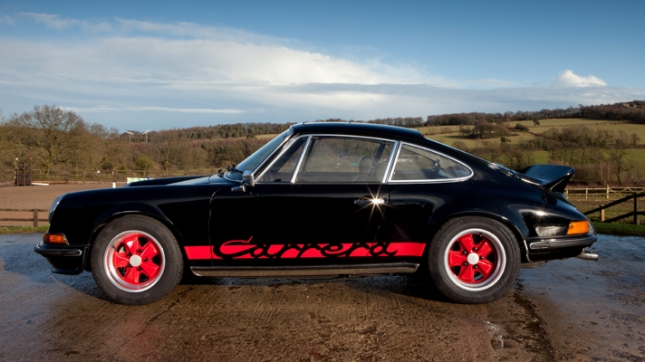 If you’re the sort of person who gets unfeasibly excited and lightly feverish when presented with a classic, mint condition old-school sportscar previously owned by someone very cool and very famous, then, frankly, you’re our sort of person.

And thus, today is a good day for you, because a Porsche 911 previously owned by Top GearMagazine’s Man of the Year (2011) Jenson Button is up for sale.

Formula One ace Jenson Button is selling his classic Porsche 911 – for a staggering £210,000. The Somerset-born star owns a string of supercars made by Ferrari, McLaren and Bugatti.

But his 1973 Carrera RS is considered the ‘holy grail’ of 911 models and is highly sought after by collectors.

Porsche wanted to race the 911 but was required to build 500 ‘homologation’ models which could be driven legally on roads beforehand.

So they launched the Carrera RS – with Button’s sports car the first Porsche which wealthy businessmen could drive to work in during the week and thrash around a racetrack at the weekend. It was a stiffer, lighter, more powerful 911 fitted with a 2.7-litre engine developing 210bhp.

A huge demand meant Porsche ended up building 1,590 models, with Jenson’s 1,280 off the production line. 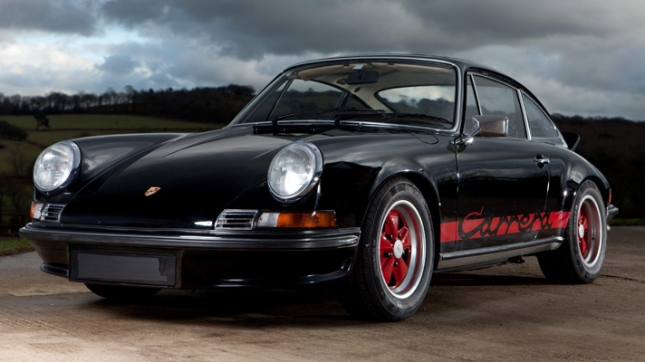 This very fact should send a shiver of fizz right through to your extremities. Don’t forget, it’s the car Porsche had to homologate in order to go racing back in the 1970s.

They had to build a minimum of 500, but actually churned out 1590 because of the demand. 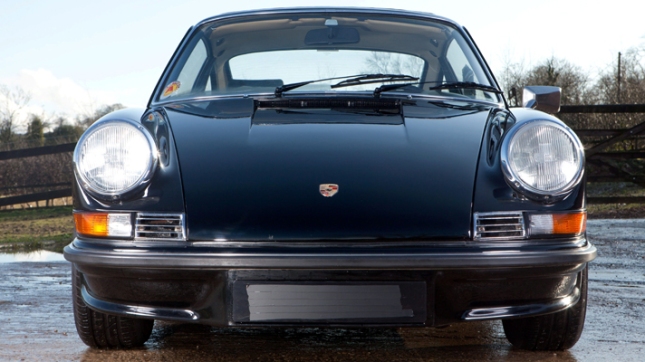 The engine was a 2.7-litre flat-sixer producing 210bhp and became the fastest road-going car in Germany of its day.

0-60mph took just under six seconds and flat out, the RS would top 152mph. 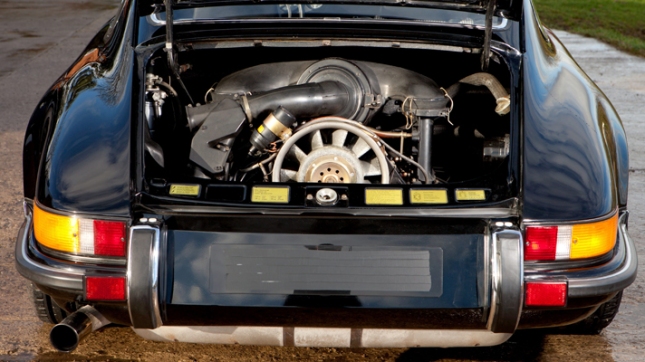 Jenson picked up this ultimate collectors’ Porsche just two years ago, number 1280 of the 1590 model run, which has covered just 25,000 miles.

It reportedly spent most of its life in Italy, owned early in its life by Mario Angiolini, founder of the ‘Jolly Club’ Italian racing team.

So you can imagine that being a rare 2.7 Carrera RS, in black, previously owned by the 2009 Formula One world champion and all-round top bloke, would command a significant premium over its lowly siblings.

Rare motor racing variants such as the Porsche 911 Carrera RS 2.7 “Safari” will also be on show.

Stuttgart. For more than four decades, the Porsche 911 has been deemed an automotive icon and the very epitome of the sports car. That means that the launch of the new Type 991 is an important event for the Porsche Museum Stuttgart as well.

As a curtain raiser for 2012, the new generation is being welcomed as part of a major special exhibition from 31 January to 20 May, 2012 under the banner “911 Identity”.

The automotive retrospective of the special exhibition is rounded off by documents from the company archive that have never previously been on public display.

More than 700,000 911s have been produced in Stuttgart-Zuffenhausen since it was unveiled in 1963. The recipe for its success is its uniqueness, because the 911 combines apparent contradictions such as sportiness and everyday practicality, tradition and innovation, exclusivity and social acceptance or design and functionality like no other car.

The special exhibition also showcases wheel rims from 1963 to the present day.

No wonder that each of the now seven 911 generations has written its very own success story. 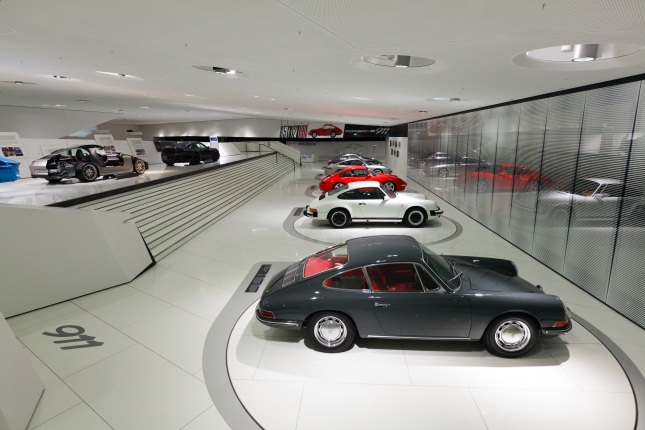 As a result, the Porsche Museum is exhibiting all the 911 generations, from the “original 911” to the new Type 991 – against the backdrop of the prevailing mood of the relevant decade or year in which the sports car icon came to market.

The Porsche Museum offers one hour themed guided tours through the special exhibition.

Rare motor racing variants such as the Porsche 911 Carrera RS 2.7 “Safari” or Porsche 911 GT3 R Hybrid will also be on show. In addition, to unique technical exhibits and cutaway models from Weissach, the visitor will also get to see one of the new 911 generation “Erlkings”, before being able to slide behind the wheel of a Porsche 911 Carrera at the end of the special exhibition.

In addition, to unique technical cutaway models from Weissach, the visitor will also get to see one of the new 911 generation “Erlkings”.

The special exhibition also showcases steering wheels and wheel rims from 1963 to the present day. Finally, the automotive retrospective is rounded off by documents from the company archive that have never previously been on public display.

As part of the “911 Identity” special exhibition, the Porsche Museum is also expanding its guided tour offering. 911 fans can brush up their knowledge of the sports car icon during an one hour themed guided tour – after first registering with the visitor service using the e-mail address info.museum@porsche.de.

The Porsche Museum is open Tuesday to Sunday from 9 a.m. to 6 p.m. Admission is eight euro for adults, reduced admission is four euro. Children up to the age of 14 years are free provided they are accompanied by an adult.

Further information, including the special guided tours, is available online at http://www.porsche.com/museum.

Posted by dedeporsche on January 31, 2012 in Uncategorized 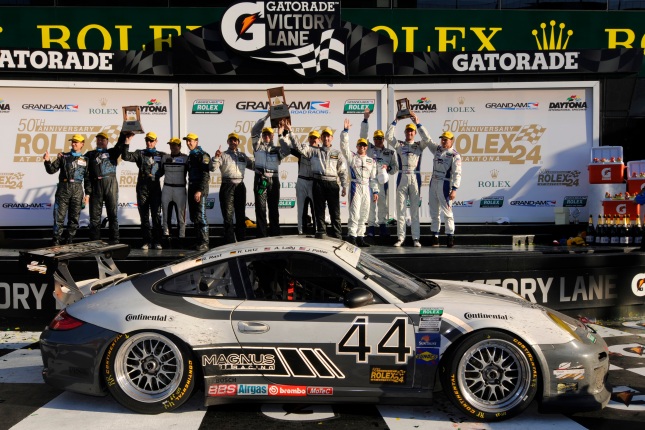 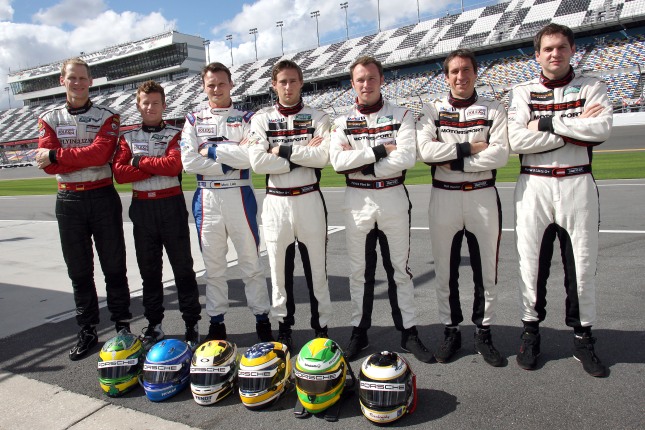 Stuttgart. The Porsche Mobil 1 Supercup is strongly represented at the 24 hour race in Daytona. Five drivers from the world’s fastest international one-make race series tackle the spring classic in Florida/USA with the Porsche 911 GT3 Cup.

In recognition of their outstanding performances last season, Porsche AG has given the double Supercup champion René Rast (Germany) and Frenchman Kévin Estre as “Rookie of the Year” the chance to participate in the 50th anniversary running of the legendary sports car race on the Daytona International Speedway.

“So with support from Porsche, they have earned the chance to prove themselves in the fiercely-contested GT class of this long distance classic against very strong competition.”

Other pilots from the Porsche Mobil 1 Supercup in Daytona are Britain’s Sean Edwards and Nick Tandy as well as Jeroen Bleekemolen from the Netherlands. 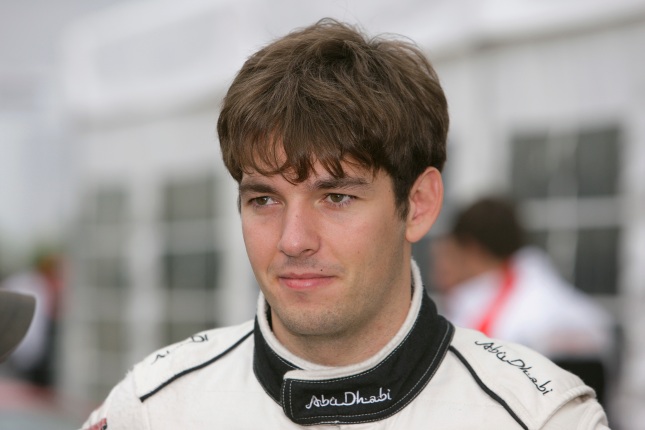 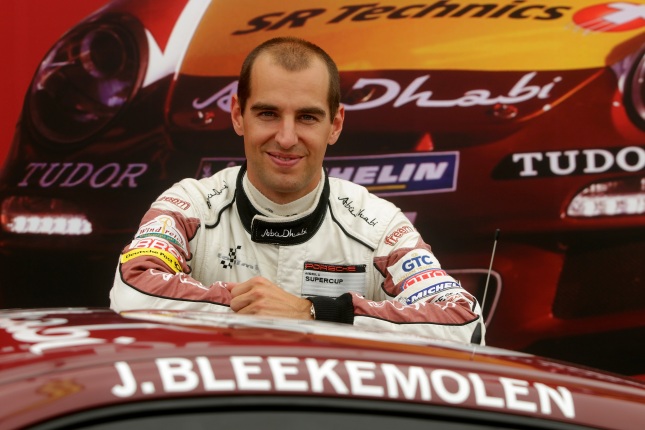 On the way to his second title after 2010, René Rast celebrated five victories last year, including races on the storied Grand Prix circuits of Spa and Silverstone.

Moreover, the German won the Porsche Carrera World Cup on the famed Nürburgring-Nordschleife.

“For me, Daytona is a real highlight to kick off the new season,” says Rast about his Daytona campaign with Magnus Racing.

“It’s not every day a race driver gets the chance to contest such a prestigious 24 hour race with Porsche backup. This is really something very special.”

Kévin Estre was not only the most successful Supercup newcomer by far in 2011 – he also secured his first victory in this intensely competitive one-make series in the Royal Park of Monza. The Porsche Mobil 1 Supercup has run as support to the Formula 1 World Championship since 1993.

Estre is excited about his debut in Daytona with TRG Racing.

“I thank Porsche for this unique chance,” he says. “I’ll do my best to justify their trust and to represent the Porsche Mobil 1 Supercup well.” 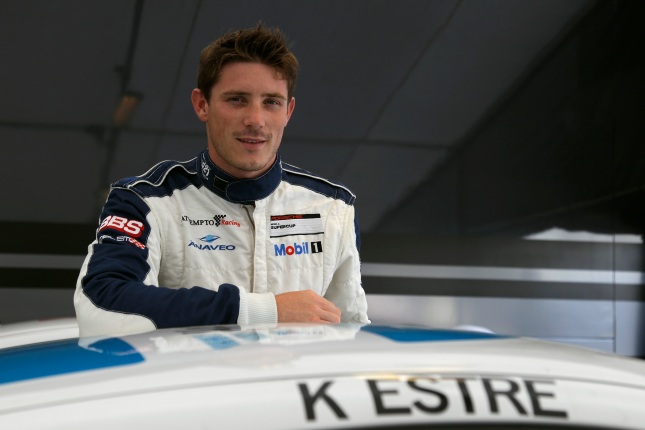 Rodriguez-917K-Daytona-1971
For the second year in a row Pedro Rodriguez and Porsche are victorious at the 24 Hours of Daytona. Rodriguez co-drove with Jackie Oliver.
Photo By Nigel Smuckatelli

Posted by dedeporsche on January 23, 2012 in Uncategorized

To celebrate the 50th anniversary of the 24 hours of Daytona,Bruce Canepa’s mighty #PORSCHE 917K will be returning to the famous event next week. Back in 1970 the Gulf Porsche 917-015 won the endurance race by a stunning 45 laps!
The latest and greatest from Canepa Designhttp://conta.cc/xIq7hM

Posted by dedeporsche on January 23, 2012 in Uncategorized