One of the most talked-about drawbacks to Forza Motorsport 4 upon it’s release was the lack of Porsche, a brand that has been apart of the franchise since its inception in 2005.

The first look at the Forza Motorsport 4 Porsche Expansion Pack, which will arrive on Xbox LIVE on May 22, featuring content and gameplay experiences solely dedicated to one of the world’s most iconic automotive brands.

This is the kind of news that deserves to be shouted from the rooftops:

Porsche is returning to Forza Motorsport!

Today we’re unveiling the first look at the Forza Motorsport 4 Porsche Expansion Pack, which will arrive on Xbox LIVE on May 22, featuring content and gameplay experiences solely dedicated to one of the world’s most iconic automotive brands.

First up, the cars. The Forza Motorsport 4 Porsche Expansion Pack will feature 30 incredible Porsche models for you to collect, drive, and customize, including two models announced today: the 2010 Porsche 911 Sport Classic and the 2010 Porsche Boxster S. Seven of the 30 Porsche models that will be featured in the Porsche Expansion Pack are brand new to the Forza franchise—look for more car details to be revealed in the coming weeks.

The Porsche Expansion Pack is more than just cars, however. The pack will also feature 20 brand new Porsche-centric events to be added to your Forza 4 career, as well as 10 new Xbox LIVE Achievements (worth a total of 250 Gamerscore points) all centered around Porsche.  In addition, players can expect to see Porsche models in the AI field when racing in events, as well as integrated into Forza 4’s level reward structure.

Upon the release of the Porsche Expansion Pack, fans can expect Porsche-themed Rivals Mode events and new online multiplayer hoppers dedicated to the dozens of Porsche models in the pack. In short, our goal is to deliver the most comprehensive and fun Porsche experience available in any racing game today! 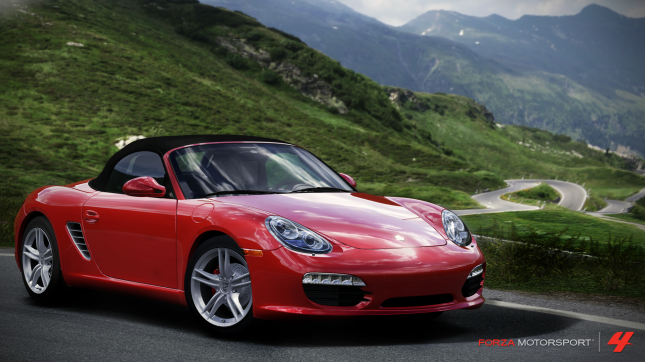 Now, thanks to a new agreement, the marque is back in Forza Motorsport 4 and it’s returning after the short hiatus in grand fashion.

Releasing this May, the Porsche Expansion Pack brings with it 30 vehicles; 23 of which are returning from Forza Motorsport 3, and 7 are all-new to the franchise.

It doesn’t end there, oh no, it also brings with it 20 brand-new Porsche-centric events, 10 new achievements totaling at 250 Gamerscore, and a wealth of online integration as well.

Posted by dedeporsche on March 7, 2012 in Uncategorized

You will see some original sketches done in the early 70’s by the owner in the opening part of video one of the three part videos, along with the exhaust notes coming from the early six cylinder.

You will see Dave Conklin of Porsche Excellence as he goes through his photo shoot and sets up the 904 in different locations.

You will also see the 904 with racing history in motion with the great sounding exhaust note.

Some 904 photos taken during the Porsche Excellence Photo Shoot, in between the filming.

Story and Photos by David Conklin

Wow, a 904! ….Is that one of those new kits?” asked the soccer dad leaning out of his “soccer van.” Alex Pollock stepped towards him and replied, “No, that’s the real thing.” “Really? I never thought I would see one of those in Detroit,” said the soccer dad, before dropping his van into gear and slowly pulling away, still glancing back at the diminutive silver racer.

For my part, I’m not sure what’s more out of the ordinary: a 904 in the heart of Detroit or a casual observer in Detroit recognizing it! Detroit is, after all, the home of the Big Three, muscle cars, and rust. While some designers at the domestic automakers indulged themselves with European exotica, “little foreign jobs” weren’t really looked upon kindly here. That was especially true in 1972, when Alex purchased his 904.

Alex’s love affair with Porsche’s first fiberglass flier had started several years earlier and hundreds of miles south of the Motor City — when he was a student at the Uni­versity of Florida with a passion for sports-car racing. He went to Day­tona and Sebring every chance he got. He watched George Follmer win the GT class at the 12 Hours of Sebring in a 904, and promptly fell in love with the car. Away from the track, he purchased a plastic model kit of a 904 and decided that, one day, he would own the real thing.

Once he had graduated from college and was making a good living as an engineer, Alex bought a used 1967 911. He couldn’t shake his hankering for a 904, but as things turned out, the path from plastic model to plastic Porsche was a relatively short one — albeit one punctuated by a move to Detroit and a wedding.

In time, Alex placed a want ad in Hem­mings Motor News to see what might surface. Not long after, his phone rang. Uwe Buehl was on the other end, saying that on his lot in Pennsylvania was a 904, white with blue trim and equipped with a four-cam engine that would fit both expectation and budget. It was 904-028, and by 1972 it wasn’t much more than an old, used-up race car. In fact, Alex says he was young and impetuous, and that he should have looked the car over more carefully, calling its condition at the time “tortured.”

The 904 had earned its scars. Its first several years were spent on the racing circuits of Europe. First delivered to Ger­hard Koch in Germany, 028 competed in and typically won the GT class in regional Flug­platz­rennen (airfield races) in 1964. More noteworthy were a second-place finish in the 500 kilometers of Spa in May and a series of class wins at the Nür­burgring, the GP de Paris, and the GP Angola.

With a works ride for 1965, Koch sold 904-028 to Rainer Ising of Munich. Ising and Bernd Deg­ner piloted the car to a significant victory that year: the GT class win in the 84-hour Marathon de la Route at the Nür­burgring.

In 1966, the Porsche was brought into the U.S. by Uwe Buehl for yet another new owner, Roger Neuman in Pennsylvania. He kept 904-028 for only one year before selling it to fellow Penn­sylvanian Dieter Oest, who campaigned it throughout the 1967 season before replacing it with another 904.  Continue reading <<<here>>>