Perfect start to the season for Porsche customer teams International GT Open, Races 1 and 2 in Portimao/Portugal

Perfect start to the season for Porsche customer teams 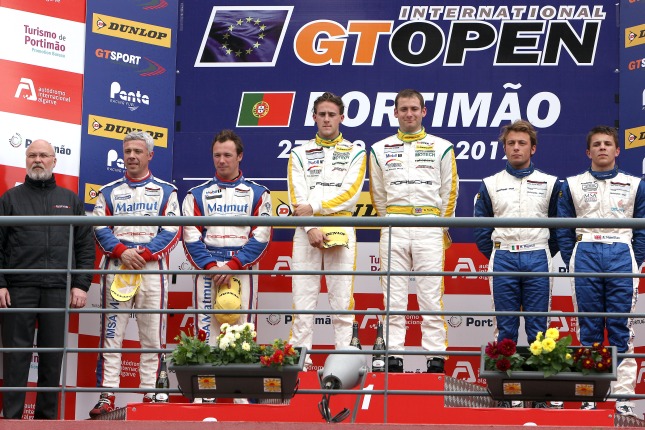 The big winners of the race weekend were Porsche works driver Marco Holzer (Germany) and Nick Tandy (Great Britain) driving for Manthey Racing. In the Autodromo do Algarve, the German-British duo won the 70 kilometre race on Saturday as well as the 20 kilometre shorter sprint on Sunday in the 911 GT3 RSR, the top model of Porsche customer racing.

A triple victory to Porsche at Sunday’s race crowned the season-opening weekend. 35 vehicles from eleven different marques were at the start.

The French IMSA Matmut Performance team were delighted with their second place on Sunday. At the wheel of the 911 GT3 RSR, factory pilot Patrick Pilet and team boss Raymond Narac (both France) shared driving duties. 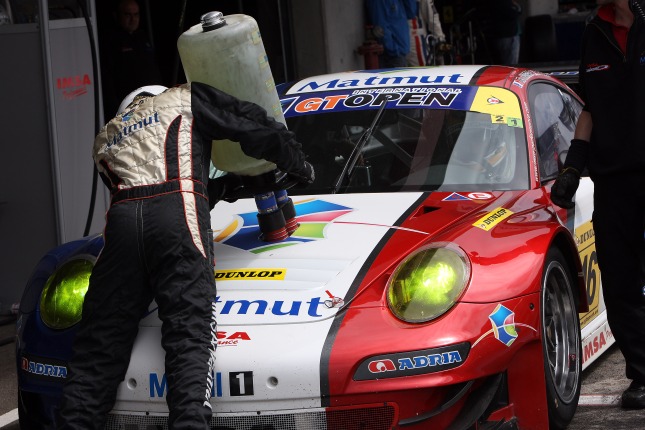 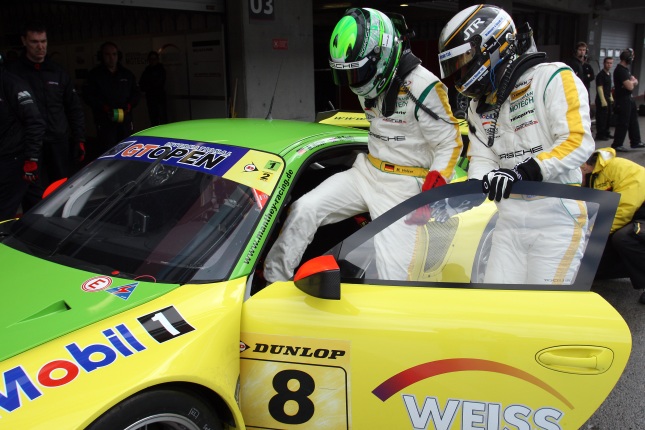 Particularly on Saturday, the 22-year-old and his 28-year-old teammate Tandy, both GT Open rookies, gave a brilliant performance. Shortly before the start a rain shower flooded the race track. Holzer drove the first stint.

“It was very difficult not to make a mistake on the extremely wet then drying track. When Nick took over the cockpit it wasn’t really ideal for slicks. But he drove his stint perfectly.”

In Sunday’s race, the experience of team principal Olaf Manthey made itself apparent once again. Although the track was still wet, he sent Tandy out into the race on slicks. Whilst some of the opponents were still running wet tyres and lost time due to the extra pit stop, the German-911 kept racing.

“That was the key to success,” said Nick Tandy, the reigning champion of the Carrera Cup Deutschland, proudly. 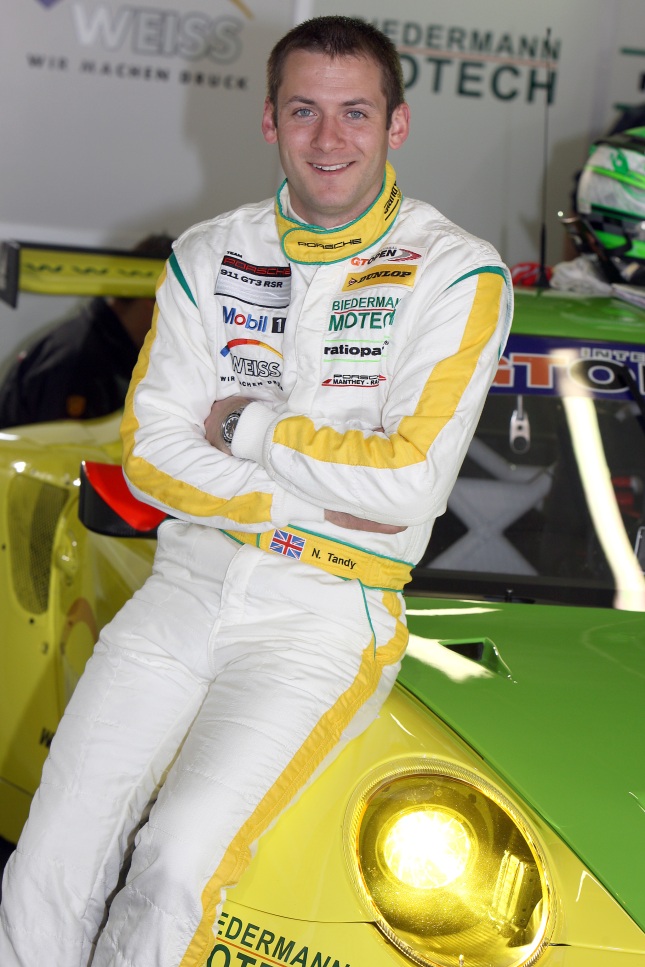 With satisfaction, the French IMSA Matmut Performance squad also travels back to their team base in Rouen. Fourth at the first race and position two in the second – a good start to the season.

“It didn’t go perfectly for us in race one,” summed up Patrick Pilet. “Our set-up wasn’t the best and we were happy with fourth. Today went better for us. At the start our 911 proved difficult to drive. We didn’’t have enough tyre pressure for the track conditions. But it all came together towards the end of the race.”

Autorlando Sport were also completely satisfied with third in the overall classification and victory in the GTS class as well as with the excellent job of both pilots Archie Hamilton (Great Britain) and Marco Mapelli (Italy). The Italians have notched up the most experience in the International GT Open.

From 2008 to 2011, the Italians clinched vice-championship honours in the GTS category. The Spanish Drivex School team secured 13th place in the first race and eleventh in the second at the season-opening weekend with the 911 GT3 RSR. 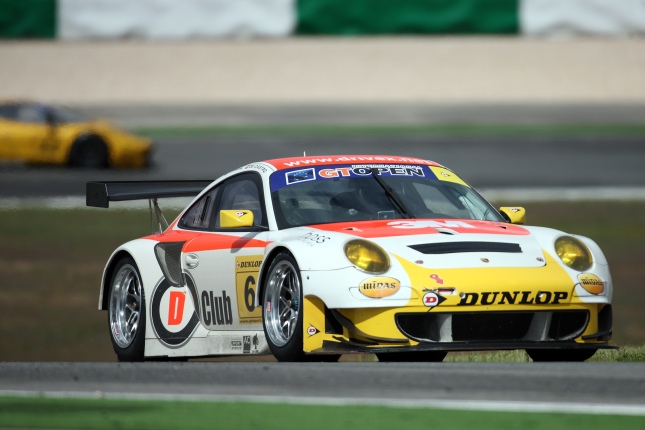 The cockpit of the new 911 was shared by Drivex owner Miguel Angel de Castro (Spain) and the Portuguese gentleman driver Miguel Pais do Amaral.

On the series’ website www.gtopen.net, the International GT Open provides Live-Timing and also Live-Streaming. The respective schedules, points’ standings and further information are also available there.

Race three and four of the International GT Open will be run on 25 to 27 May on the Nürburgring.

This is the International GT Open

Inaugurated in 2006, the International GT Open features two races per weekend with identical points’ allocation – the first race on Saturday runs over 70 minutes, the second on Sunday over 50. Two drivers share the cockpit. A handicap system ensures more suspense at the head of the field. The top three drivers of each race are handed a 15, ten or five second penalty respectively for the following race. The calendar of the race series includes eight races on selective circuits like Silverstone, Spa-Francorchamps and the Nürburgring.

One of the keys to success in the International GT Open is the stable technical regulations and the capping of costs, for instance through control tyres. The grid is divided into two classes, the stronger Super GT category and the GTS class.

In 2007, Autorlando Sport won the overall classification for drivers and teams with Porsche works driver Richard Lietz (Austria) and Joel Camathias from Switzerland.