Back in February 2012 I blogged about Tom Cruise’s 1979 Porsche 928 that fetched at the sum of $49,000. AllePorsche.com had reported that a 1979 Porsche 928 used during the filming of “Risky Business” was put up for sale by the Volo Auto Museum, located about an hour north of Chicago where the movie was set. In order to make room for a couple of new additions to its collection.The platinum metallic colored coupe was one of four 928s used during principal production of the film, according to museum director Brian Grams.

Apparently the Porsche 928 that appeared in the film “Risky Business” was sold for $49,000 to a Beverly Hills car dealer back in Feb 2012 >  read about it on FoxNews.com.

Now, the 928 Porsche is up for auction again according to Auction house “Profiles in History“ said the car will cross the block at its Hollywood sale in July 2012. 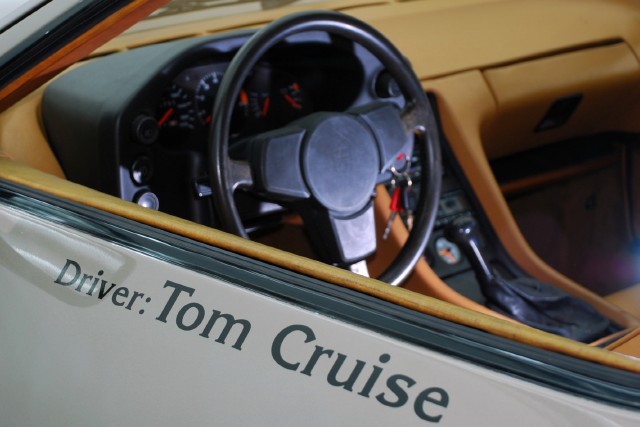 The sleek Porsche 928 was the German company’s flagship model in the late 1970s and early 1980s. But today it is largely forgotten by all but two kinds of people: fans of front-engine GT cars and anyone who saw the 1983 coming-of-age classic “Risky Business.”

In the movie Tom Cruise plays Joel Goodsen, a high-school kid who wants to get into Princeton and have fun while his parents are away from home. Part of the fun includes an unauthorized spin in his father’s Porsche 928. Of course things go terribly wrong and the car winds up in Lake Michigan.

Auction house Profiles in History said the car will cross the block at its Hollywood sale in July. Luckily this is not the vehicle that went underwater on screen. The auction company said the car for sale, a 1979 model with a five-speed manual transmission, is one of four used in the film three for driving and close-up scenes and one so-called “dump car” that went into the lake.

The auction company said this car is the only one from the movie known to have survived. Its odometer reads 102,755 miles and it is in driving condition. It is expected to fetch $40,000 to $60,000.

The estimate is several times the typical cost of a garden-variety ’79 928 these days. For $10,000 or so you can find a well-kept example of what is still a fairly advanced car. The auction will test the value of the car’s film connection.

Anyone remember the tow truck operator’s famous movie quote when pulling this Porsche out of Lake Michigan?
“Who’s the U-Boat commander?” Classic!