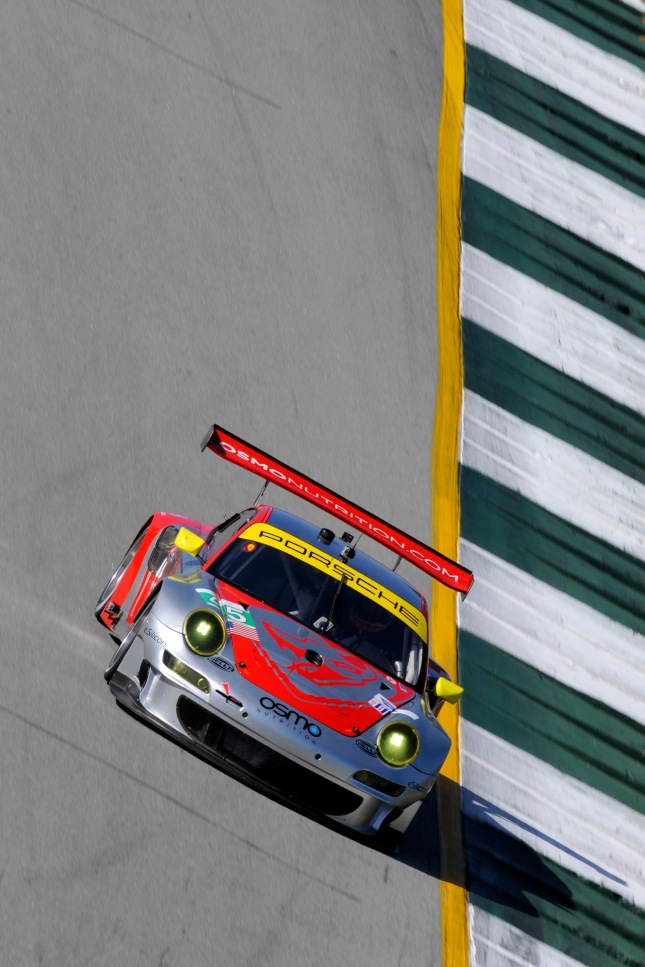 Stuttgart. At the Petit Le Mans, the final round of the American Le Mans Series season on the storied Road Atlanta circuit, Porsche works drivers Joerg Bergmeister (Germany), Patrick Long (USA) and Patrick Pilet (France) narrowly missed out on a podium placing after becoming faultlessly entangled in an accident. 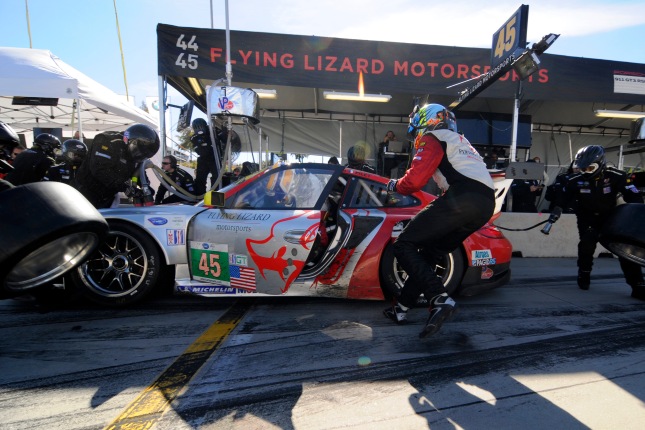 But despite an additional stop-and-go penalty, they finished the 1,000 mile race on the challenging course in the U.S. state of Georgia fifth in the GT class at the wheel of the Porsche 911 GT3 RSR fielded by Flying Lizard Motorsports.

“I tried to overtake a Ferrari and was right up next to him when he suddenly turned in and forced me onto the grass,” said Joerg Bergmeister.

“I don’t understand why it should have been my fault and why I was punished for it. But the race director decided it should be so and therefore ruined our race.”

“To lose the vice-championship in this manner is of course bitter,” said Hartmut Kristen, Head of Porsche Motorsport. “The teams and drivers battled hard but it simply wasn’t enough.”

Patrick Pilet added, “We put in a super fight for the podium but toward the end the car became very difficult to drive.”

Patrick Long, who won in Lime Rock this season and came second at three races with Joerg Bergmeister, is now looking ahead to the next season.

“At the last six races we earned the most points of anyone. That makes me very optimistic for the future. We could easily have brought home a podium result today. The penalty handed to Joerg cost us the victory. The whole team then tried everything and used a great strategy to keep us in contention, but after the accident the car was no longer fast enough. Still, it was a good season for us.”

and his teammates Bryan Sellers (USA) 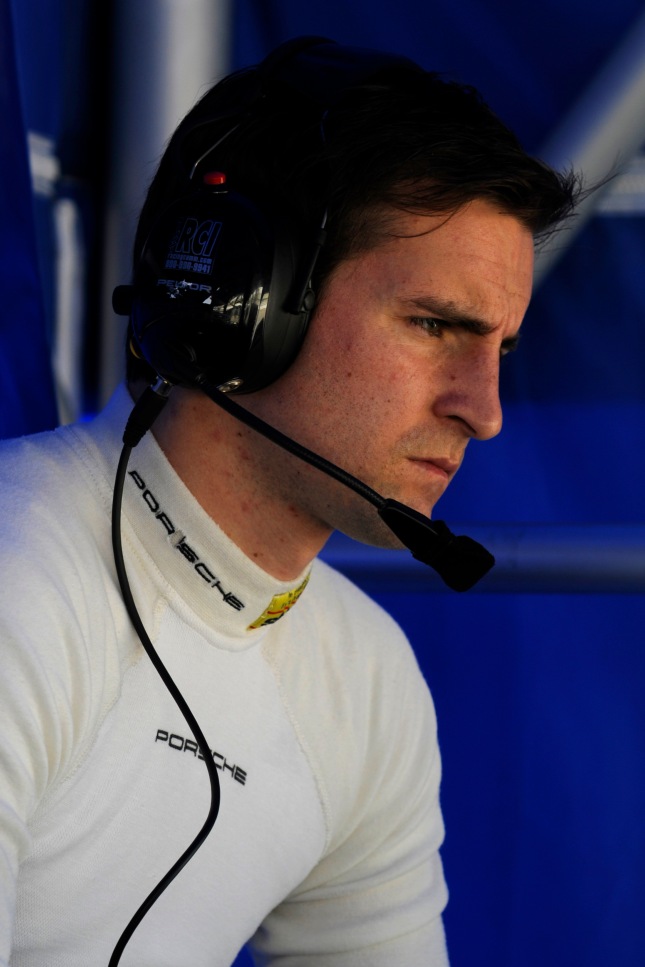 “We can be pleased with this result today,” said Henzler. “Our pit stops were good, we came in at exactly the right time, but we just couldn’t hold the pace of the front-runner. Falken will now use the winter break to develop the tyres further and I’m certain that we will have made great strides forward at the season-opener in Sebring next year.” 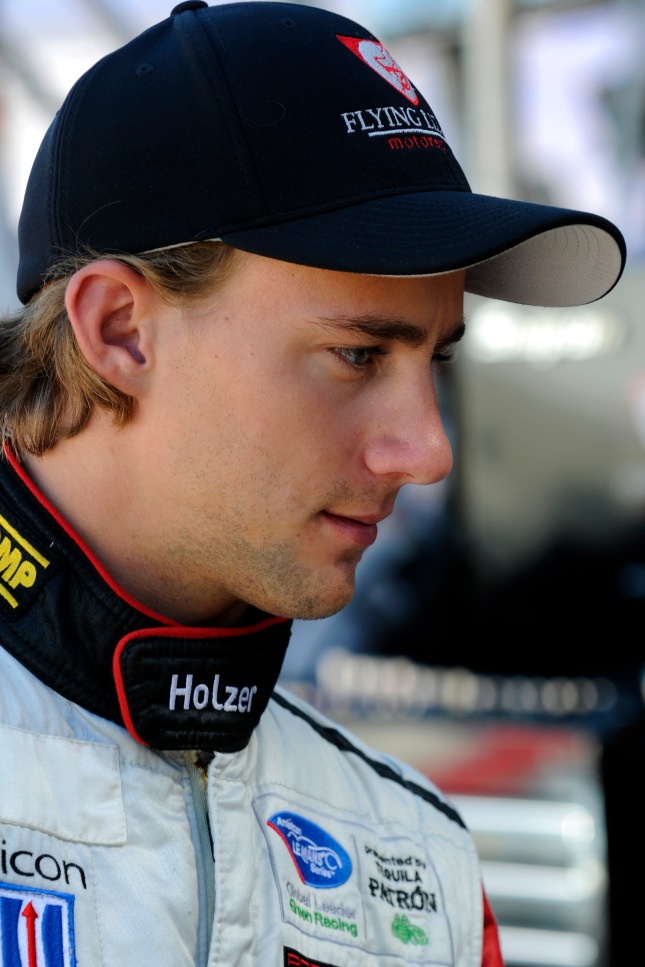 and Nick Tandy (Great Britain), took the flag in seventh and said,

“Our pace was good in the race, much better than in qualifying. After an off which cost us a lot of time we managed to fight our way up again. My first full season in the American Le Mans Series was a great experience, not least because of the pole position in Elkhart Lake.”

“Several times we had to pit earlier to change the tyres and that cost us time. So for us it was all about getting the car to the finish line in one piece. The work with the team was a really interesting experience for me.”

At his debut in the American Le Mans Series, Kuba Giermaziak (Poland), who normally contests the Porsche Mobil 1 Supercup, clinched victory in the GTC class. He won withHenrique Cisneros (Mexico) and Mario Farnbacher (Germany) at the wheel of the Porsche 911 GT3 Cup.

The Petit Le Mans was also the season final of the European Le Mans Series. 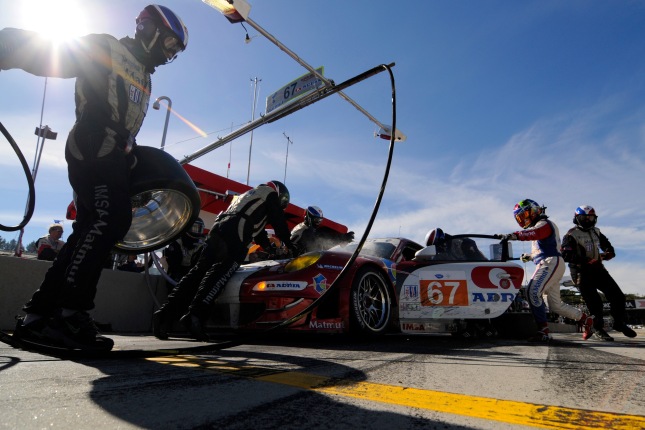 In the Porsche 911 GT3 RSR run by the IMSA Performance Matmut squad, Frenchmen Nicolas Armindo, Raymond Narac and Anthony Pons won the GTE Am class and secured overall victory in the European counterpart to the American Le Mans Series.

“To contest a ten hour race without making any mistakes in the fight for the title is no easy feat. You can only congratulate the team on this performance.”

The 2013 race calendar of the American Le Mans Series which was announced on Friday includes the following races:

This is the American Le Mans Series

The American Le Mans Series (ALMS) was created in 1999 for sports prototypes and GT vehicles. The field is divided into five classes that start together but are classified separately:
GT class:

This most popular class among car manufacturers traditionally receives the most support: Slightly modified standard sports cars with 440 to 500 hp and a minimum weight of 1,245 kilograms (e.g. Porsche 911 GT3 RSR).