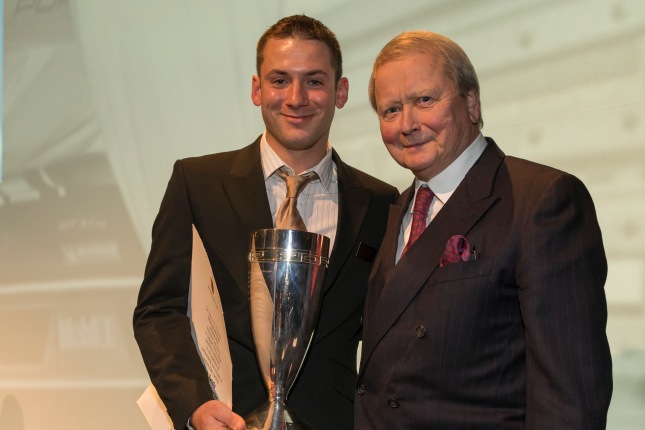 Stuttgart. After his first full season in international GT racing, Nick Tandy (28) from Great Britain can celebrate winning the Porsche Cup as the best private driver in the world.

On the occasion of the Night of Champions on 8 December in the R&D Centre at Weissach, Nick Tandy received the Porsche Cup from Dr. Wolfgang Porsche, the Chairman of the Supervisory Board at Porsche AG. Additionally, Tandy was awarded a new Porsche 911 Carrera S.

During the past season the Briton scored a total of 7,510 points. Second-placed Raymond Narac is the recipient of 30,000 Euro, Paolo Ruberti’s third place comes with a purse of 25,000 Euro.

The Porsche Cup is endowed with a total value of 253,000 Euro. In the competition initiated by Ferry Porsche, drivers earned points in 18 Grand Touring and prototype race series worldwide as well as at selected long distance races. Professional race driver and part-time farmer Nick Tandy headed into 2012 as the reigning champion of the Carrera Cup Deutschland driving a Porsche 911 GT3 RSR run by the experienced Manthey Racing team in the International GT Open. Sharing the cockpit with works driver Marco Holzer, Tandy won five races.
In the ADAC GT Masters, Tandy competed for the Geyer & Weinig EDV – Schütz Motorsport squad at the wheel of a 911 GT3 R. Here, Tandy and his teammate Christian Engelhart scored four victories. For the Brit, the season concluded with seventh place in the drivers’ classification.

Tandy earned further points towards the Porsche Cup competing for Flying Lizard Motorsports and TRG in the ALMS. 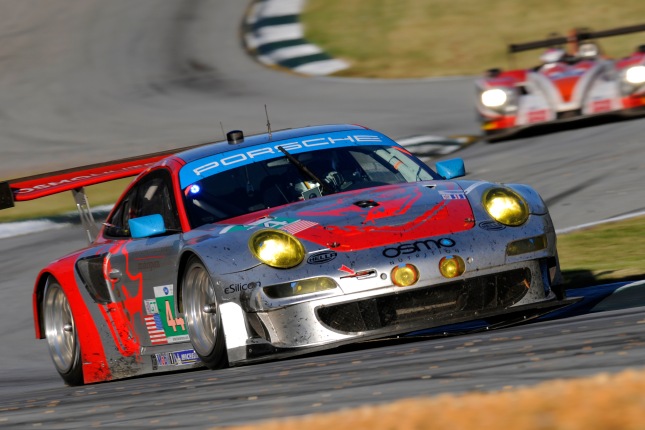 In the British GT Championship, he manned the cockpit of a Team Motorbase fielded 911 GT3 R at selected rounds. After John Fitzpatrick (1972, 1974, 1980) and Tim Sugden (2005), Nick Tandy is the third Briton to be honoured with the Porsche Cup, which has been awarded by Porsche since 1970. 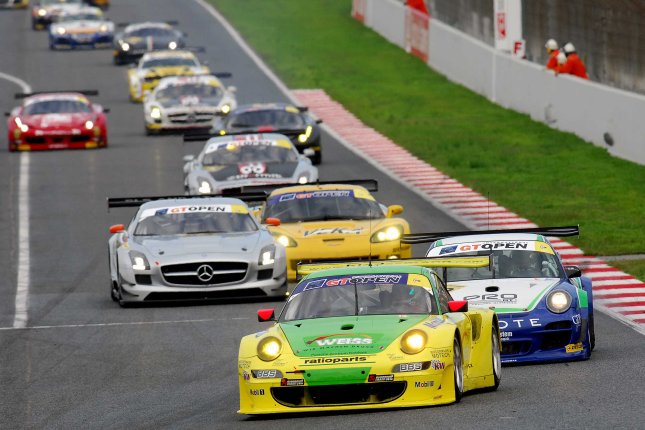 With a margin of just 170 points, Frenchman Raymond Narac (45) finished the race for the Porsche Cup in second place. The founder and owner of the successful IMSA Performance Matmut team contested three major championships as team principal and driver. 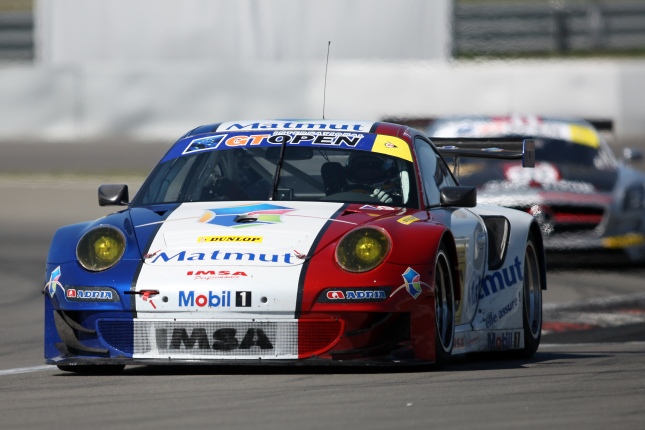 In the European Le Mans Series, Narac defended the championship title in the GTE Am class driving a 911 GT3 RSR in last year’s spec.

Joining forces with Porsche works driver Patrick Pilet, Narac periodically held the lead in the International GT Open driver’s standings and concluded the season in the hotly-contested championship in sixth. In the World Endurance Championship, Narac scored a class win and second place in Le Mans.
After securing second in last year’s Porsche Cup, Paolo Ruberti again climbs the “podium” in third. The 37-year-old Italian secured this success predominantly in the FIA World Endurance Championship. Driving Felbermayr-Proton’s Porsche 911 GT3 RSR, Ruberti won the GT Am class at the Sebring 12 Hours and the 6 hour race in Bahrain.

Ruberti secured additional points thanks to a victory and a second place in the Italian GT Championship.

Stuttgart. The Porsche 911 GT3 Cup is the most successful race car in the world. Since 1998, 2,395 units of the near standard vehicle for customer sport were produced.

The new edition of the 911 GT3 Cup is the motorsports version of the future 911 GT3 and as such is the first race car that is based on the seventh generation of the sports car icon from Zuffenhausen. 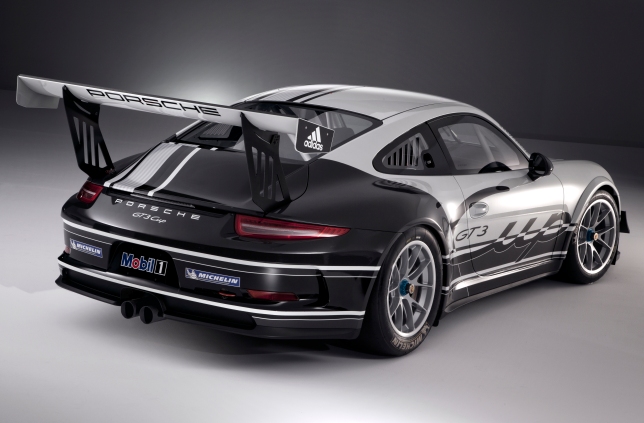 The car for one-make racing made its debut on the occasion of the end of motorsport season “Night of Champions” celebration at the R&D Centre in Weissach.

A six-speed dog-type gearbox developed by Porsche Motorsport which is operated via shift paddles at the steering wheel for the first time in a Porsche brand trophy race car transmits the power to the rear axle. 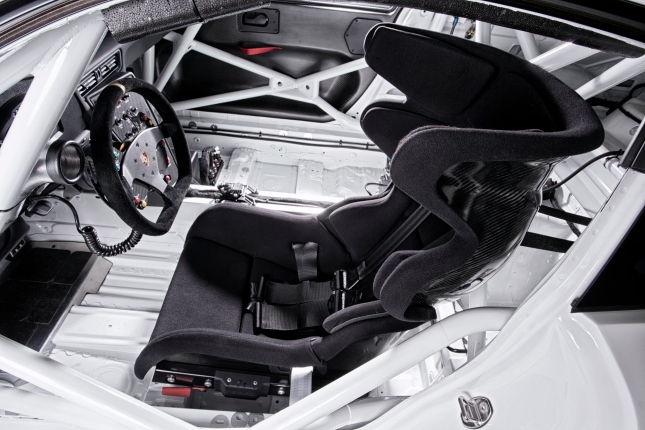 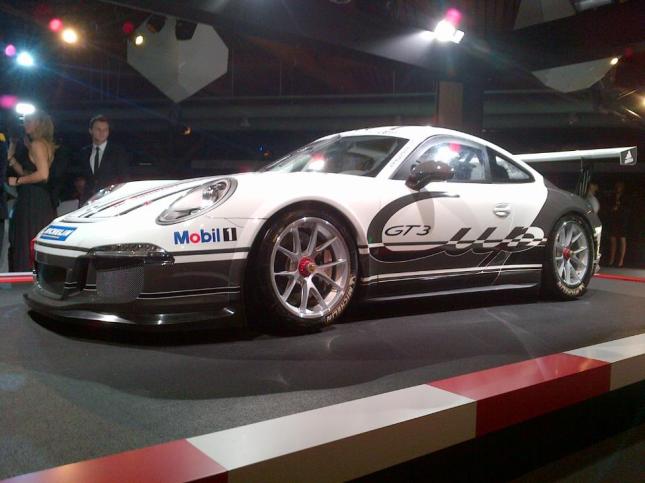 During the development of the new car a particular emphasis was put on the driver safety. A newly designed safety cage protects the pilot in case of a roll or a collision as does a newly developed race seat which is distinctively shaped around the head and shoulders and can be adjusted individually with the help of padding. A rescue hatch in the roof provides easy access for primary medical attention and for the extrication of the driver.

“The new 911 GT3 Cup is much easier to drive at the limit,” says Porsche works driver Timo Bernhard, who was significantly involved in the development of the new vehicle.

“The car is excellently balanced. The new axle geometry is enormously positive for the handling. Apart from that the new Cup 911 is great fun to drive.”

Like its predecessor the new Porsche 911 GT3 Cup is produced in Stuttgart-Zuffenhausen on the same assembly line as the road legal models.

At the Motorsport Centre in Weissach it receives a general set-up for the circuit and is tested by a professional race driver before delivery to the customers. The basic price for the vehicle, which is available exclusively in white, is 181,200 Euro plus the country-specific value added tax.

At the Weissach Motorsport Centre, preparations for the running of the new LMP1 sports prototype at the Le Mans 24 Hours and in the sports car World Endurance Championship are progressing at high revs. For this feat the infrastructure was considerably expanded.

A new workshop building and an office complex have been completed. “The first rollout of our new LMP1 car is planned for mid-2013,”announced Wolfgang Hatz, Porsche AG Board of Management Member for Research and Development, on Saturday on the occasion of the end of season “Night of Championscelebration”.

“The car will be run by our own works team based here at Weissach.” The LMP1 project was realised by a new department headed by Fritz Enzinger.

With his well-established organisational structure, Porsche’s Head of Motorsport Hartmut Kristen continues to be responsibilityfor all other motorsport programmes worldwide. The customer sport model 911 GT3 R celebrated 41 wins from 131 starts in a range of GT3 racing series worldwide. For the 2013 season Porsche offers teams an upgrade package which will position the GT3 R even better in the performance window as defined by the FIA.

In his speech, Hatz underlined the importance of GT racing for Porsche and pleaded for two different GT categories for works-supported professional sport and for customer sport:

“In factory sport the regulations must be based on technology while in customer racing a stronger alignment of the relative strength by Balance of Performance measures is legitimate.”

In addition to the promotion of four Porsche Juniors, one pilot from the international makes cups will enjoy comprehensive support for the 2013 season. Frenchman Jean-Karl Vernay (25) who won the Carrera Cup France at his first attempt last season receives funding to the value of 200,000 Euro towards his 2013 Porsche Mobil 1 Supercup campaign. At a test session in Vallelunga, Vernay won over eight other top drivers from the Carrera Cups France, Asia, Japan, Scandinavia, Italy, Australia, Great Britain and from the GT3 Cup Challenge Canada. Vernay has already made a name for himself in international motor racing.

In 2005 he claimed the championship in the French feeder series Formula Renault Campus and went on to finish second in a Formula 3 single-seater at the Macau Grand Prix in 2009. In 2010 Vernay went to the USA and promptly clinched overall victory in the Indy Lights Series’ in his first season. Peugeot contracted the Frenchman as a test and reserve pilot for their LMP1 project in 2011. At the same time Vernay competed in the Intercontinental Le Mans Cup and was crowned LMP2 champion.

“The support from Porsche is a great opportunity for me,” says Vernay. “In the Porsche Mobil 1 Supercup all drivers have to adjust to a new vehicle.

As a newcomer, this means I’ll have a good chance to be competitive right from the beginning.

The Supercup is the pinnacle of the Porsche one-brandcups and has a great reputation as a launching platform to enter professional GT sport.”

With its well-established works drivers, Porsche is relying on continuity.

All nine drivers still have a valid contract for the 2013 season or their contract was extended. For six of the nine drivers, the 24-hour race at Daytona on 26 January marks the start of the new season. 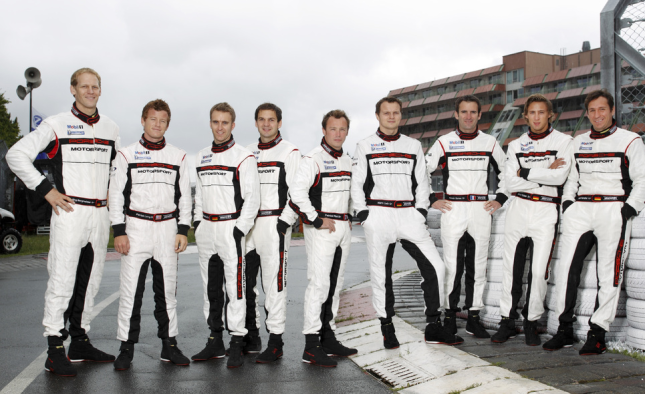 For the Porsche Juniors Michael Christensen and Klaus Bachler the race in Daytona marks the first time in their career that they contest a 24 hour race. Christensen receives support in his campaign from Christian Engelhart and Porsche Cup winner Nick Tandy for the Konrad Motorsport team with whom he contested the Carrera Cup Deutschland in 2012. Bachler is competing for Snow Racing.

Wolfgang Hatz, Member of the Executive Board – Research and Development

Matthias Müller, President of the Executive Board