Stuttgart. The development of the new Porsche 911 RSR based on the current generation 991 model is nearly complete. On the Sebring International Raceway in Florida/USA the GTE race car from Weissach completed another successful test on Thursday.

The successor to the Porsche 911 GT3 RSR will be run exclusively by the Porsche AG Team Manthey works squad at the 24 Hours of Le Mans and in the World Endurance Championship (WEC).The vehicle celebrates its race debut on April 14 at the WEC season-opener in Silverstone. 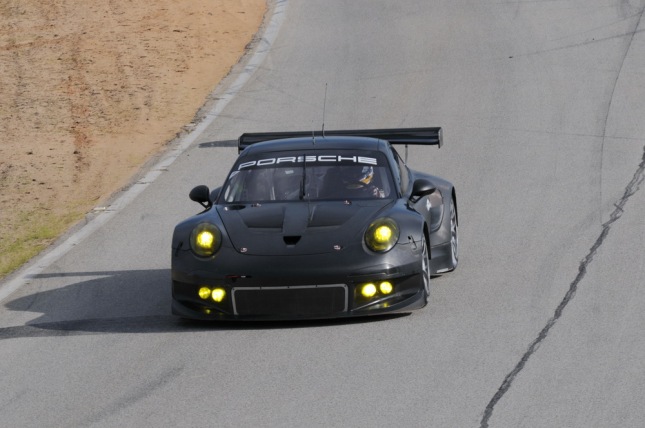 Sharing driving duties at Sebring were Porsche works drivers Richard Lietz (Austria) and Patrick Pilet (France). Lietz contests the WEC including Le Mans with Marc Lieb (Germany) at the wheel of the 911 RSR with the starting number 92. Patrick Pilet joins forces with Joerg Bergmeister (Germany) in the number 91 vehicle.

At the first two WEC rounds in Silverstone and Spa-Francorchamps as well as at Le Mans, they receive backup from their factory pilot colleagues Romain Dumas (France/No. 92) and Timo Bernhard (Germany/No.91).

“We are very pleased with how the testing has gone so far,” said Porsche’s Head of Motorsport Hartmut Kristen. “Our goal is to be well prepared for the challenges of the very strong GTE class in the WEC and at Le Mans. The circuit in Sebring is very well suited to put a new vehicle through some demanding trials.

For this reason, a test in Sebring is a very good rehearsal for one of the toughest races of all, the 24 Hours of Le Mans.

Until the season kicks off in Silverstone, we will conduct some final tests on other race tracks so that our new 911 RSR is well and truly ready for the World Endurance Championship season.”