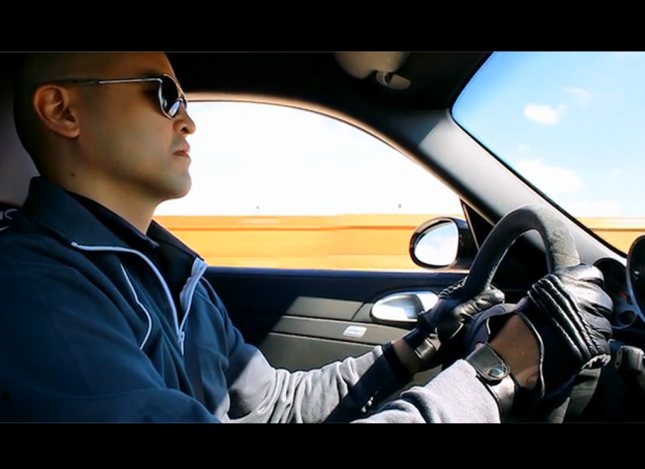 “The world’s first driving gloves with genuine Alcantara from Italy.” 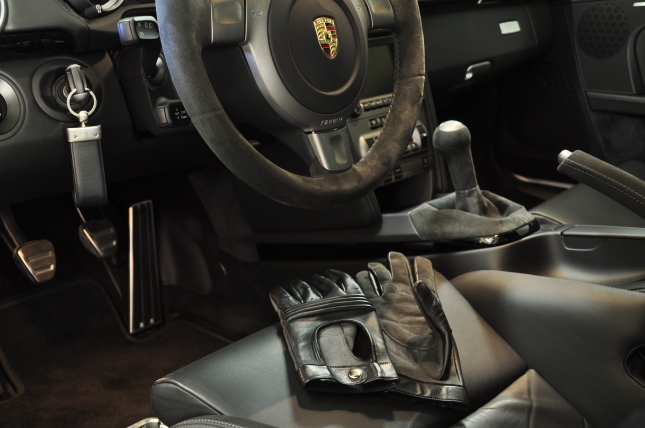 “I couldn’t find driving gloves that were decent and fit well, so I design them myself.”

Here’s the design solution:
Christopher Fortich designed his first pair of driving gloves because he couldn’t find a pair on the market that looked decent.  Christopher believe’s he has designed a glove that will look good on any occasion. 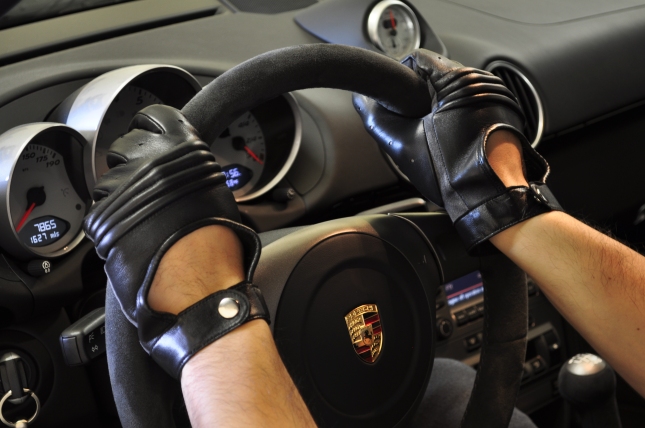 Whether you are cruising in your sports car, sitting in traffic in your commuter car, or even just riding your bike down the street, these gloves will look great on you! 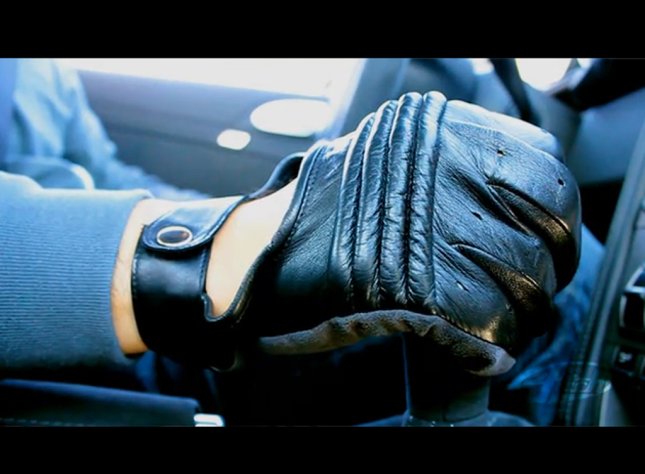 So, Christopher developed Design Edition 1 with several aspects in mind:

Finally, the palm side is double reinforced and made from genuine automotive grade Alcantara from Italy.  Alcantara is a patented and revolutionary composite material that is currently used in many exotic automotive interiors.  It is highly durable and provides a nice texture that is similar to real suede.

However, Alcantara is a very expensive fabric.  Ironically, it is more expensive than real suede.  I chose the grey and black colors because they would closely match most automotive interiors and provide a sporty yet elegant look. 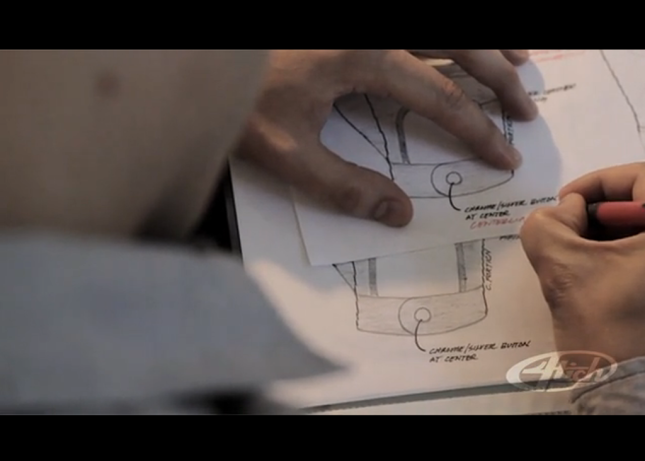 Christopher is proud to say that his design is the world’s first driving glove made with genuine Italian Alcantara.

Current sizes are based on Men’s glove sizes: M, L, XL, XXL which correspond to standard glove sizes 8.5, 9, 9.5, and 10, respectively.  The following sizes have been selected for the first production runs due to the high costs of cutting  mould’s necessary for each component of each glove size.

Once the 4tich brand is more established, other sizing options may be offered. 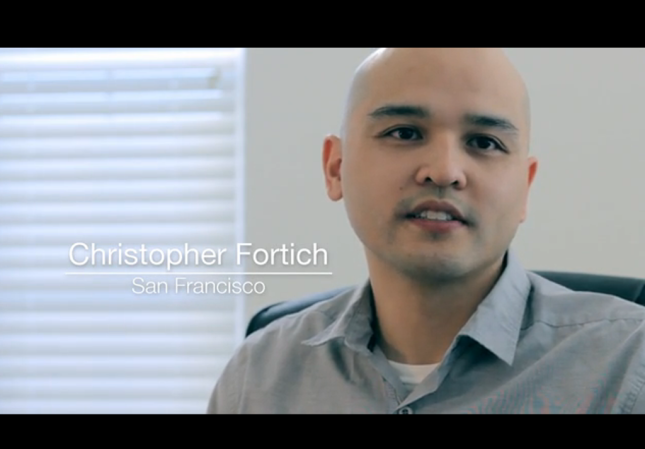 I’m Christopher Fortich and this my first adventure into entrepreneurship. I started the company 4tich LLC because of my passion for automobiles. I attended college and graduate school for degrees in mechanical and automotive engineering, but after several years in the corporate world, I was looking for a change of pace. Call me a round peg trying to fit a square hole…maybe some of you can relate?! So I began to develop my own designs for automotive inspired apparel and accessories. I hope you enjoy the first of several projects to come…Thanks!

Posted by dedeporsche on November 30, 2012 in Driving Gloves, Porsche

Something we all didn’t expect to stumble upon today: On 11 April 2012, the famed Nardò Technical Center with its high-speed ring in southern Italy will soon have a new owner as the Porsche Engineering Group announced that it would take over the facility from its current landlord Prototipo SpA in May. Italy’s famed high speed test track, located at more than 20 kilometres  (12 mi) north-west of the town of Nardò, Italy, in the southern region of Apulia, in the province of Lecce.

Neither Porsche nor the track’s former owner, Italy’s Prototipo SpA, will say how much the deal went for, we can only guess. Porsche has been a regular at the circuit, along with other manufacturers. 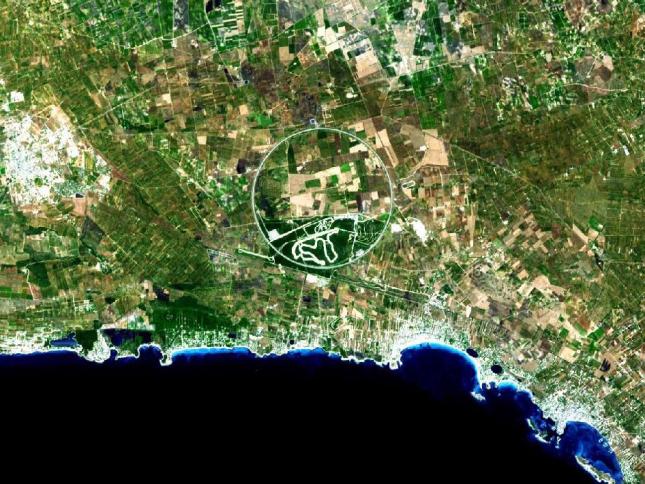 Nardo Ring, Italy
The Nardo Ring is a striking visual feature from space, and astronauts have photographed it several times. The Ring is a race car test track that is steeply banked to reduce the amount of active steering needed by drivers. The Ring lies in a remote area on the heel of Italy's "boot," east of the naval port of Taranto and encompasses a number of active (green) and fallow (brown to dark brown) agricultural fields. In this zone of intensive agriculture, farmers gain access to their fields through the Ring via a series of underpasses. Winding features within the southern section of the Ring appear to be smaller, unused race tracks.
Image Credit: NASA/GSFC/METI/ERSDAC/JAROS, and U.S./Japan ASTER Science Team

The automotive proving ground that can be seen from space covers an area of more than 700 hectares and comprises a 6.2-kilometer (3.9 miles) long handling circuit, a 12.5-kilometer (7.8 miles) long oval circuit and facilities for simulating different road surfaces and changeable weather condition.

“The Nardò proving ground with its high-speed and vehicle handling circuit ideally complements our facilities in Weissach,” said Matthias Müller, President and CEO of Porsche AG.

“With the systematic development of the company in Nardò as part of Strategy 2018, Porsche is proving to be a reliable employer and business partner in Apulia as well.”

Porsche said that it plans to optimize the test facilities and make them available to its clients for testing and trials purposes.

“With its rich array of facilities, from dynamic surfaces to acoustic and off-road sections coupled with the numerous workshops, our clients can continue to make extensive use of Nardò for their vehicle trials in the future as well,” said Malte Radmann, CEO of Porsche Engineering.

Thanks to the mild Mediterranean weather, the track can be used throughout the year in three shifts around the clock, seven days a week.

The ring is banked to such a degree that, on the track’s outer lane, cars can travel 150 miles per hour. Presumably, that’s what Porsche will be doing with it—that, and loan it out to their co-members of the VW Group. We’re guessing Lamborghini and other brands will want to spend as much time there as they can.

Most of us are aware that Porsche is developing their next supercar model which is the 918 Spyder and it will be the world’s first hybrid supercar. Porsche has built three prototypes until now and recently, the German automaker invited the guys from Wired magazine to test drive one of them on the Nardo Ring high speed test track in Italy this last March.. 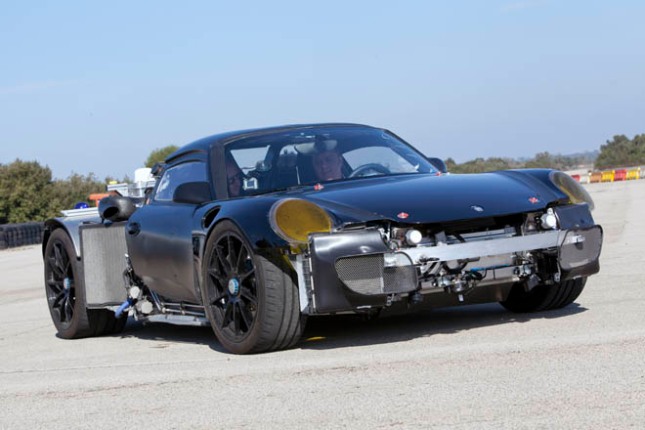 The car may not look much or complete right now but it was in bits and pieces a few weeks ago and Porsche managed to assign a team to assemble the parts in time for the test drive on the Nardo Ring. 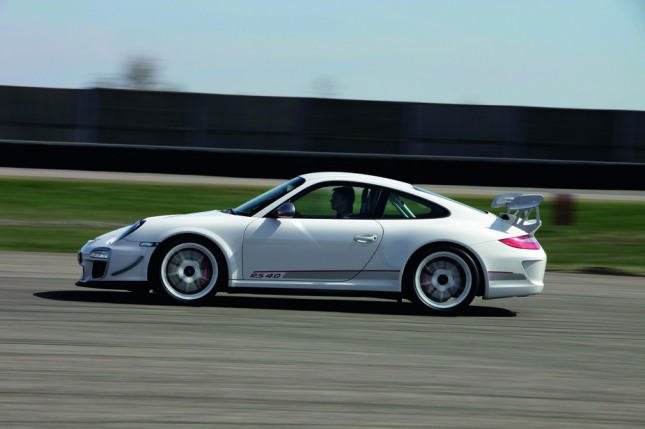 In the cars/motorcycle ring the lanes are banked at such a degree that a driver in the outer most lane need not turn the wheel while driving at speeds of up to 240 km/h (149 mph). In essence, at the so called neutral speed which is different for the four lanes, one can drive as if in a straight lane. However extremely fast cars still require the steering wheel to be turned when going faster than the maximum neutral speed.

In the process of fighting a turn as needed when going faster than the neutral speed quite a bit of potential top speed is lost and hence a fast car will go faster in a straight line than what is possible on the Nardó Ring.

Even at the neutral speed in a banked turn a car runs a bit heavier than it would in a straight line, since the downforce created by the banking increases the rolling resistance on the tires. There has only been one fatality at the ring.

The neutral speed for the four car/motorcycle lanes are respectively:

During regular weekly working activity the maximum speed allowed on the circular track is 240 km/h (149 mph). Higher speeds are only allowed at times when a client gets the track for its exclusive use.