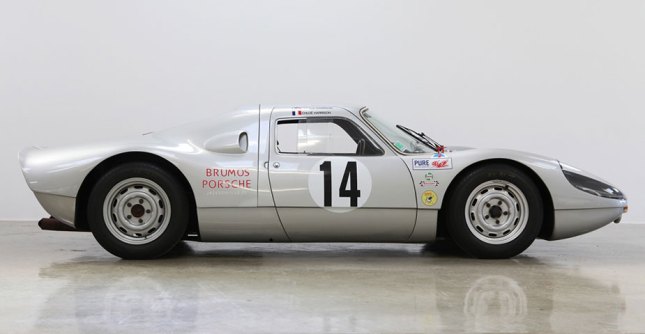 14 March 2012 – This Fabulous rebuilt, fast and historic 1964 Porsche 904 GTS has been made available for sale by Maxted-Page as part of the Harrison Porsche Collection.

Read on for the official word and the car’s full racing history from Maxted-Page, and head to their website here for more.

The 904 GTS was launched in 1964 as a successor to the 1957-introduced type 718 model, which had been previously been campaigned by both the factory and privateers worldwide, essentially as an aluminium-bodied open-cockpit sports-racing spyder, constructed on a tubular space frame.

The new 904 GTS – a mid-engined two-seater coupe – would have neither a tubular space-frame nor an aluminium body and represented a completely new design phase. In an effort to reduce production costs and build a minimum of 100 cars in order to homologate the 904 into the Grand Touring Class, the 904 was constructed from a box-section steel chassis and a fibreglass body, realised by the Heinkel Fleugzeugbau aircraft company who had spare capacity at the time.

One hundred and sixteen cars were built, mostly powered by a 180hp 2.0 litre 4-cylinder four-cam engine originally designed by Ernst Fuhmann in the 1950s. Towards the end of 904 production, however, a small batch of cars were also homologated and fitted with a 6-cylinder (2.0 911-derived) engine with twin triple-choke Weber carburettors and twin-plug ignition, thus raising the power output to nearer 210hp.

The race prepared 904 GTS weighed just 655 kgs and through 1964-65 achieved considerable international competition success at everything from hill climbs and the Monte Carlo Rally right up to the World Sporstcar Championship and long distance 24-hour endurance races.

A well-known Porsche 904 which raced in the Americas during the mid-1960s. This beautifully re-built and well-documented 904 GTS was supplied new in June 1964 via Brumos in Jacksonville/Florida, USA to Bruce Jones Jr. of Macon, Georgia finished in Silbermetallic with Blau Velour interior. 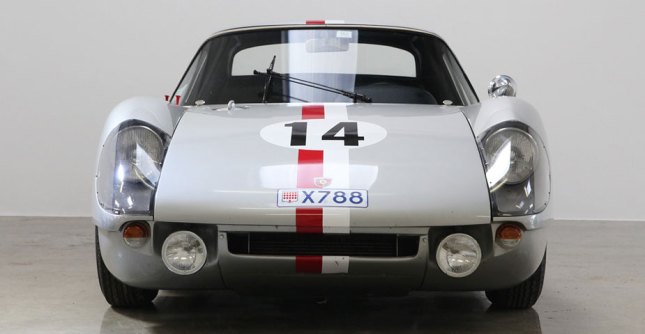 Bruce Jones Jr. covered just 5788kms before the car was returned to Brumos to be prepared for future, famed Porsche racer Peter Gregg to drive. 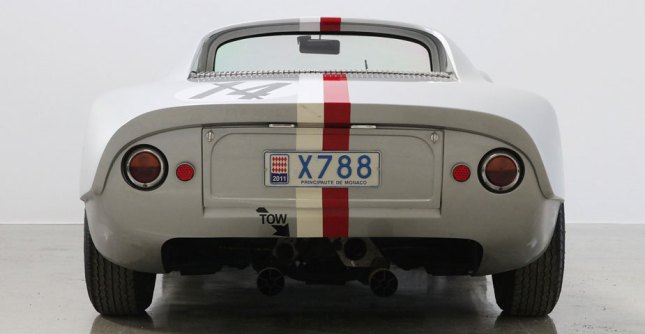 Following the 1966 Daytona 24hrs, Brumos sold ‘068’ to the father of a young, amateur racer from Jacksonville named Bill Hall. Soon after, however, Hall unfortunately had a tragic accident racing the 904 at an SCCA race in Savannah, Georgia and the car was split in half. The wreck was returned to Brumos where it remained un-repaired. 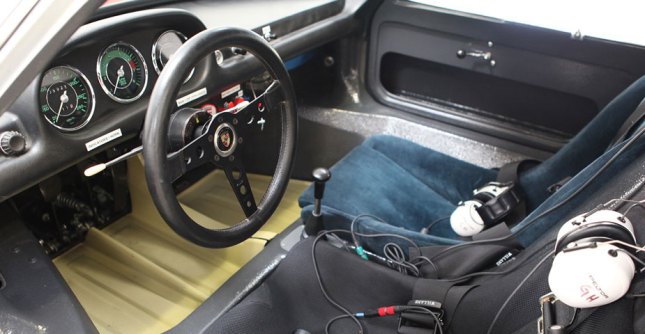 In 1971 the remains were sold on to fellow Porsche racer and US Porsche Distributor, Vasek Polak. In 1972, it is known that parts of the suspension were removed and used by Dieter Inzenhofer, Polak’s chief mechanic, to rebuild 904-064, but the rest of ‘068’ was untouched and remained in storage in Polak’s warehouse for the next 25 years.

By the late nineties, Polak had started to discuss rebuilding the car and sent it to US Porsche restoration specialist Kevin Jeanette of Gunnar Racing, Florida but passed away in 1997 just before the project started. However, through Jeanette in 2000, ‘068’ was sold to Michael Robottom of Jersey who commissioned Jeanette to completely rebuild the car as Polak had intended.

A lengthy, multi-year restoration followed with meticulous attention paid to every detail before ‘068’ was finally completed in 2009 and fitted with a newly-built (2.0 litre 6-cylinder twin-plug) race engine and correct 904 gearbox. Upon completion, the car was exhibited at the 2009 Amelia Island Concours d’Elegance and won the trophy for ‘Best Race Car’

In 2010, ‘068’ was shipped and imported into the UK by Michael Robottom, whereupon it was UK road-registered and import duties paid. It was then acquired, via ourselves, by the Harrison collection and fully prepared for historic competition use by our sister company, Maxted-Page & Prill Ltd.

The car was entered and raced by Gerald and Chloe Harrison in the competition category of the 2011 Tour Auto later in the same year raced in the 2011 Spa 6 hours endurance race.

Recently the 904 featured in the 2011 Spa Six Hour endurance pre-1965 Touring and GT race where it performed faultlessly throughout.

Click here for a race report featured on the sister site Maxted-Page and Prill, and to see some in car footage from the day follow this link: www.youtube.com/904 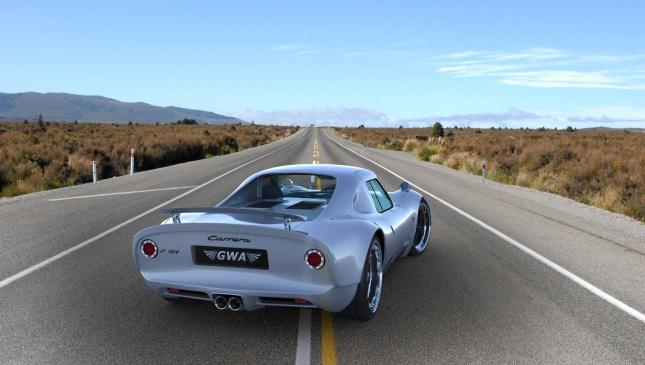 A throwback to the Porsche Carrera 904 GTS from the mid 1960s, the P/904 resembles a modern day re-interpretation of the mid-engine Porsche race car.

Porsche 904, officially known as Carrera GTS is usually on display at the Porsche museum, but as we can see from the video above it does get back to the track once in a while. This time with a legendary driver Walter Röhrl who beautifully shows us a how to handle this 1964 Carrera (904) GTS on the track.

The first prototype will utilize the platform from a 987 Porsche Boxster (2005 – 2011) and will provide all the necessary modern amenities and controls such as the instrument panel, air conditioning, LED lights, iPod docking station, navigation system, steering wheel and seats but with the retro look of the original. 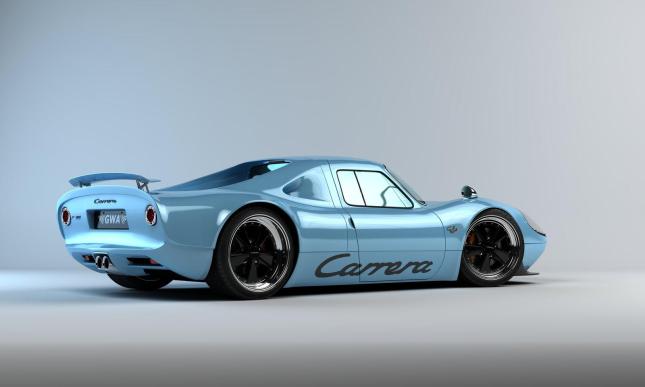 The prototype will also retain the 6-speed manual transmission and 3.4-liter boxer engine with 295HP (217kW / 291bhp) as well as power steering and ABS among other modern basics. A sport tuned exhaust will give it that racecar sound and the adjustable suspension will provide the dynamic handling and ride height.

The exterior body of the P/904 will be constructed of composite material and will be complemented by GWA’s custom-designed 5 spoke wheels in 18×8 size at the front and 18×10 in the rear.

The estimated cost of the conversion is approximately 70,000 euros. This does not include any additional customization or the donor Boxster, which can be purchased in RHD if required.